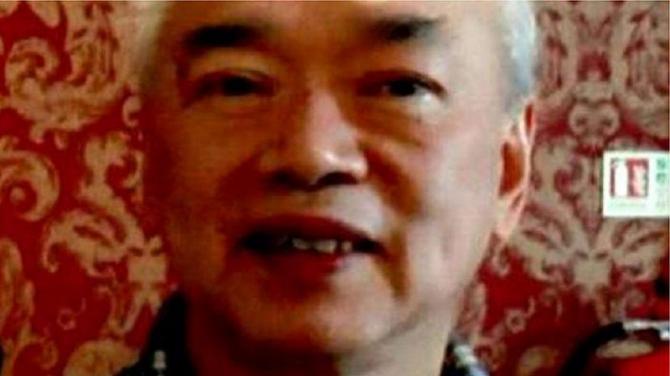 IT is almost six years to the day since popular Randalstown man Nelson Cheung was found dead, being cradled in the arms of his sobbing wife Winnie - murdered on a lonely rural road.

In the early hours of January 8 2015, the 65-year-old father of four was stabbed 17 times in the chest during a violent robbery.

They were on their way home after a day’s work in their restaurant, the Double Value on Main Street in Randalstown. On the drive home, their vehicle was forced off the road by attackers. Nelson had attempted to confront the assailants, but was viciously stabbed in the process.

Winnie was verbally abused and dragged by the hair out of the vehicle. She sustained stab wounds to her hands and an artery was slashed in the process.

The killers had murdered Nelson Cheung for a handbag, an iPhone, an iPad, two bank cards and a purse containing £200.

The horrific incident, still fresh in the memories of many local people, was last week explored in the Channel 5 show Criminals: Caught on Camera.

In the series, journalist Nick Wallis has joined police forces across the UK to reveal how CCTV and technological advances are helping to ensure a conviction.

In the ‘Crimes of Greed’ episode, the Cheung case was trailed as how ‘a gang ran a restaurant owner off the road and murdered him in cold blood’.

Working alongside PSNI experts, Wallis explained to viewers how those responsible were caught and put behind bars.

Detective Chief Inspector Eamon Corrigan of the PSNI told how officers began to piece together the evidence. He described the murder as ‘one of most brutal incidents seen in NI in recent times’.

A reconstruction and evidence stills were shown, depicting the Cheung’s Kia Sorrento rammed into the side of the Caddy Road by a Seat Toledo.

However with ‘very few leads’, DCI Corrigan said that police honed in on Winnie’s credit cards - with an attempt to buy a hot tub from an address at Cunningham Way in Antrim being made less than an hour after the murder.

CCTV footage from the development was described as providing a ‘major breakthrough’ with several men seen getting out of a Volkswagen Golf 15 minutes after the attack and removing items to a house.

The address was raided and Lisa Thompson was arrested, but gave ‘no comment’ interviews.

Detective Sergeant Alan Whyte explained how further footage was obtained from Randalstown and found evidence that the Golf had been in the vicinity of the restaurant. The Golf was also seen following the Seat which rammed the Cheungs off the road.

DS Whyte showed viewers the last known footage of Mr Cheung’s movements and how number plates were captured - leading to the arrest of the Golf’s owner, Portuguese national Virgilio Correia, of Grant Avenue in Randalstown.

He told cops he had borrowed his car to Gary Thompson - Lisa’s husband - and Christopher Menaul.

All were arrested and Correia and Menaul were further identified by a distinctive tattoo and facial recognition thanks to the CCTV footage.

Further videos from the previous days showed that the gang had carried out a dummy run, proving that they had planned the robbery.

Staggeringly, footage and recordings showed the Thompsons after their arrest, talking to each other through custody suite doors, discussing the incident and proving they knew their co-defendants - even though there was a warning that CCTV was in operation on the wall of the cell.

Parts of Winnie Cheung’s iPhone were also found to have been used to repair Gary Thompson’s device.

Gary and Lisa Thompson admitted assisting offenders by allowing them to take refuge in their home after the murder, as well as letting them clean themselves and remove clothing.

Both also pleaded guilty to perverting the course of justice. Gary Thompson admitted robbery, for which he was sentenced to seven years. He received three years, to be served concurrently, for the other two charges against him. Lisa Thompson also admitted handling stolen goods. She was sentenced to two years, suspended for two years, for each of the three counts against her, to be served concurrently.

The judge heard that Correia and Menaul needed the money to pay off a drugs debt and called the gang ‘parasites’.

DCI Corrigan said while he was pleased that the case had been solved, the four had ‘ruined the life’ of the Winnie Cheung, who had returned to Hong Kong after the loss of her partner of 32 years.

Criminals: Caught on Camera can be watched on the My5 streaming service.