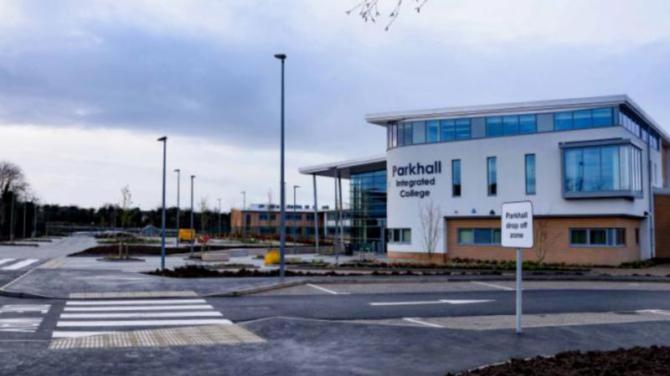 A pre-application advert has advised that a consultation magazine can be viewed from later this week (January 21) and that a webinar with more information and a Q&A session will be arranged on February 4.

In January 2018, the college moved into a new state-of-the-art accommodation, finally returning all Parkhall Integrated College pupils and staff onto one site after years of operating from two campuses.

The junior and senior schools were in separate buildings for around a decade.

The £20 million investment has meant that enrolment has risen to almost 800 pupils - and it seems that demand is rising.

Parkhall is one of only two post-primary schools in Antrim town, with scores of teenagers having to bus outside the area once they leave P7.

Ardnaveigh, Antrim High, St Malachy’s have all closed in the last 30 years.

The seed of the new build was planted when former principal Roy Dickson began lobbying for a new sports hall.

Mr Dickson was at Parkhall for 32 years, including 22 in the top job.

Mr Dickson was followed by Tom Skelton, followed by current pricipal Mr George Beattie, who took up the baton and was delighted to see the new college come to fruition.

As the Antrim Guardian reported from the official launch of the new building on Steeple Road in 2018: “Perhaps inevitability, no-one was more proud than principal Mr Beattie.

“He has been hands on from early days, patiently guiding the project even when it looked like the long journey was doomed to failure as irritating months of delays turned into frustrating years of uncertainty.

“When the cheque was finally written, he remained with a constant presence on the site.

“How many principals do you know with their own hard hat?”

And as Parkhall celebrates 50 years of operation, Mr Beattie looks set to lead the next round of improvements.

The consultation can be viewed at http://clydeshanks.com/