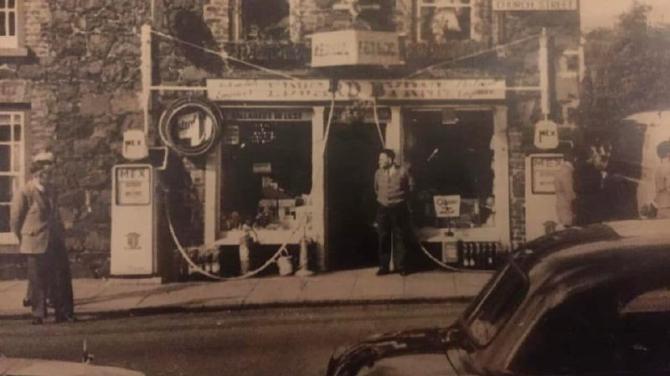 ALMOST 1,000 people have signed a petition to support the Byrne in Antrim family after their licence to serve petrol was suspended.

Earlier this month the Antrim Guardian told how the Day Today store on Church Street had been ordered to stop selling petrol.

Known locally as Byrne’s, the roadside business has served the people of Antrim for decades, opening in the early 1940s.

It has been alleged that the sale of petrol - but not diesel - could be ‘hazardous’ due to the proximity to the roadway and residential properties.

However supporters have pointed out that there has never been an accident or spillage at the premises, where the pumps are operated by staff.

Antrim and Newtownabbey Borough Council has said it is working with the business to reach a resolution and was keen to state that it was not the body responsible.

The order was imposed by the Northern Ireland Health and Safety Tribunal and is being appealed.

The news, which broke the day before Christmas Eve, sparked a storm of protest among local people, with thousands taking to social media to show their support to the Byrne family.

The on-street service has been provided for decades and was particularly helpful for people with disabilities and those with small children.

“This ruling only applies to the sale of petrol, it does not affect the sale of goods from the shop nor changing to the sale of diesel and the current petrol tank can be converted to facilitate diesel.

“Day Today, locally known as Byrne’s Garage, is part of the history of Antrim Town.”

The case was taken under the Dangerous Substances and Explosive Atmospheres Regulations (Northern Ireland) 2003 and an appeal was heard by the Northern Ireland Health and Safety Tribunal on December 17 2021 at the Tribunals Hearing Centre.

“As some of you might be aware, my great grandfather established what is known as Byrne’s shop in 1943, which has continued to serve the community of Antrim for the last 79 years, including every Christmas Day itself, while passing through 4 generations.” he said.

“The shop is a piece of history which is at the heart of our family, and while navigating the challenges brought-upon by the pandemic, we have recently (and disappointingly) been informed by the council to cease dispensing of Petroleum, within what we believe to be debatable circumstances.

“We would appreciate if you could take five minutes out of your day to sign the following petition to assist us in our case.

“We are really grateful for all support at this time!”

The preface to the petition reads: “Byrne’s of Antrim opened its doors in 1943 as a small family business and has since operated for the local community, those wider afield, and more crucially those with disabilities, in serving fuel and other goods across the last three generations as a fully-attended petrol station, which represents part of the heritage of a busy Antrim town centre.

“Across it’s 79 year span of operation, the shop has served its community on holidays including Christmas Day, and faced its own issues during the Pandemic.

“During this period, the shop has maintained a 100% health & safety record with no recorded issues or accidents, and it’s employees possessing the relevant qualities to handle fuel.

“Without our licence to trade petroleum, we are unable to continue to provide this attended service to our petrol customers, including the elderly and disabled, with a resulting indirect impact in the sale of other goods within the shop. This service is relied upon and we do not wish to let our customers and community down.

“With the quoted legislation coming into effect in 2003 (Dangerous Substances and Explosive Atmospheres Regulations [Northern Ireland]) and having been granted various petroleum license renewals since this has been implemented, there is an imbalance between the Antrim & Newtownabbey Borough Council’s interpretation of the legislation, and the legislation itself, as evidenced by the retrospective amendment in decision.

“Please assist us in supporting our petition to reinstate our license to facilitate the sale of petroleum and support local.”

The petition can be found at Change.org, titled ‘Support Local Petrol Stations (Reinstatement of Petroleum License for Byrne’s Antrim)’