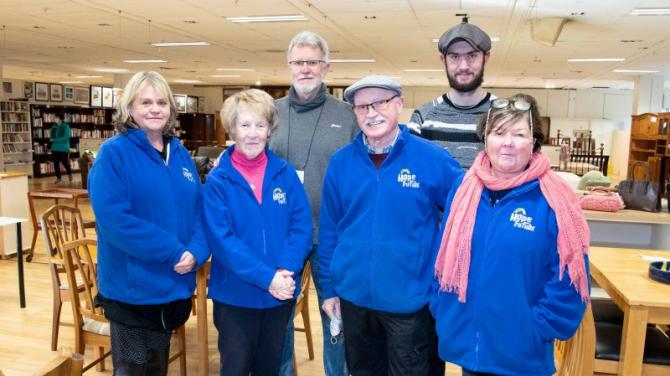 HOPE and a Future have relocated to their new premises in the former Dunnes Stores unit at Castle Mall in Antrim.

The unit has been vacant and unoccupied since the retailer left the town more than eight years ago.

The charity has already had a presence in the Castle Mall over the past two years in one of the smaller shop units and made their big move on Monday.

Charity spokesperson Kevin J. Keenan spoke of his delight at being given the opportunity to occupy the former Dunnes unit.

“It gives us the opportunity to offer a wider range of furniture and household goods to the local community.” he said.

“All items are donated by the public to be sold for charity purposes and everything on offer will be in good condition and at good value prices”.

The charity provides education for more than 800 children in three schools and employs 40 staff from the local region.

Financial support is also given to a community of 40 families affected by leprosy and also a deaf community of around 30 families.

There have been many challenges over the past few years mainly due to the Covid pandemic and other issues which affected the financial capacity of the charity.

Now in 2022 there is a real optimism for the future of this charity for the support of the Ethiopian projects and also for the benefit of the local people of Antrim, Randalstown and surrounding regions.