The Randalstown boxer who still punches above his weight! 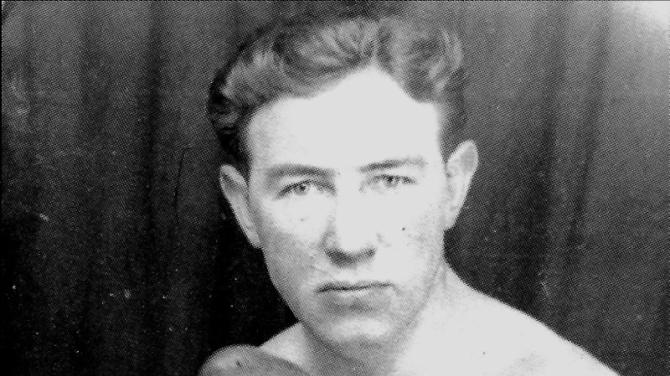 ALEX Woods, the Randalstown man who won multiple boxing titles in the 1940s, is still well remembered by many of the town’s older residents - but his reputation also extends to the far side of the world.

Linda Houston, who is secretary of Randalstown Historical Society as well as being an active volunteer with Tidy Randalstown, was delighted to receive an email from Reg Waldron in Melbourne, Australia, where Alex made his home after he retired from boxing. Reg described Alex as ‘my mentor and boxing trainer and more importantly, my great friend when I was a youngster’.

Reg’s son is interested in boxing and Reg wanted to tell him about Alex so he was pleased to find information and photographs on the Heritage Tales website, compiled by the Historical Society and Tidy Randalstown and hosted on the Randalstown Arches website.

In his email to Linda, Reg remarked that: “It is my belief that Randalstown have the right to be extremely proud of their famous son Alex Woods (Knockout King from Randalstown)” and in her reply Linda was glad to be able to demonstrate that Alex had indeed been honoured in his native town with the positioning of an attractive bronze Heritage Tales plaque at his Main Street home as well as the online information which can be accessed by scanning the QR code adjacent to the plaque.

The plaque is one of fifteen, funded by the Department for Communities via Heritage Lottery, that were located around the town last year to mark significant people or places.

Remarking on Reg’s email, Linda said: “It is really gratifying to see how our Heritage Tales project has had this global reach and it was fascinating to hear from Reg about Alex’s later career with the Commonwealth Aircraft Corporation in Melbourne.

“Reg recounted how Alex took him under his wing and guided him to manhood and described him as the most honourable man he had ever known.

“Both the Historical Society and Tidy Randalstown are delighted that we have been able to give such well-deserved recognition to a local son.”

Comprehensive information on the Heritage Tales project can be found at https://randalstownarches.com