'Antrim Truck Stop' is at epicentre of Canadadian coronavirus protests 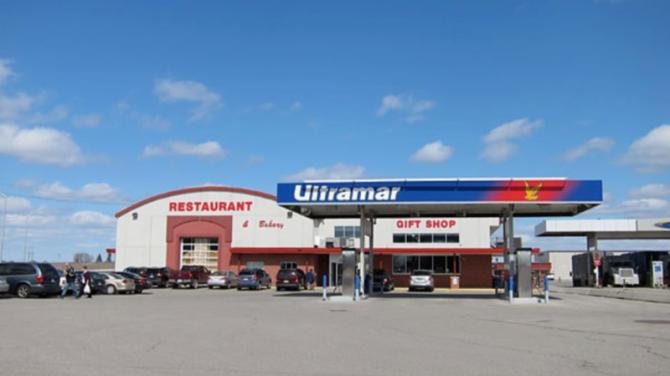 LOCAL readers could be forgiven for doing a double take when catching up on global news - as a truck stop in ‘Antrim’ has become the focal point for the ‘Trucker’s protest in Canada’.

Last week the leader of the ‘Freedom Convoy’ leader was arrested, just after he called for protesters to gather on the same spot where they met before demonstrations began on Parliament Hill in Ottowa three weeks ago.

A series of ongoing protests and blockades in Canada, called the Freedom Convoy, began in early 2022.

The convoy was created to protest vaccine mandates for crossing the United States border, but became a protest about COVID-19 mandates in general.

Following weeks of protest in Ottowa, Pat King told Facebook video followers to ‘retreat and regroup’ in Arnprior, on airport land across from Antrim Truck Stop.

“It is crazy right now. There is a contingency plan in place … to get to the Antrim Truck Stop.” he said.

“The airport is being plowed.

“The overflow field is available for us,” King said.

“We are not retreating. We are regrouping.

“It’s the police bringing the violence, not us. They are attacking our truckers; they are smashing our windows. This is the police doing this, not us.”

He said his intention was to conduct a peaceful protest. But King claimed that police actions today put women and children at risk of having their ears bleed due to noise devices.

He also encouraged supporters to keep going to Parliament Hill, although that would be illegal because the federal government has invoked the Emergencies Act.

“The protest is not over. Get out there on foot,” King said.

King said fuel and shower units are available at Antrim.

“You are to pull into the Antrim Truck Stop and await orders,” King said.

The land King said is being cleared is owned by the Arnprior Airport Commission.

He was assured that anyone being disrespectful will be dealt with by police. Orr will serve anyone who visits his business until he has a reason not to serve them, he indicated.

At the beginning of the protest, Mr Orr reported that over 4,000 people passed through the building in a 24 hour period.