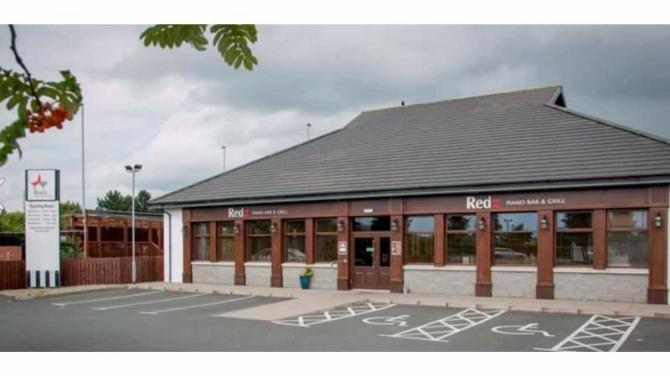 A FAMILY of Antrim restaurateurs has confirmed the closure of a popular outlet at The Junction.

It is hoped that Redz Piano Bar & Grill, which was popular with guests at the nearby Holiday Inn, will re-open under a new guise in the coming months.

In a statement, the Clarke family, who run a stable of restaurants in Antrim and one in Magherafelt said: “It is with a heavy heart that we wish to inform you of the permanent closure of Redz Piano Bar & Grill.

“With our sister restaurants, Moes Grill & Jake's Cocktail Bar & Grill being so close to us, added to the Covid 19 Pandemic, it has become increasingly difficult for hospitality businesses to operate with adequate staffing levels.

“We have tried for weeks now to see a way out but unfortunately we have had to make this difficult decision.

“All gift vouchers can be redeemed in Jake's or Moes.

“The Redz building will be a vital part of the wider Moes Group going forward and we will be opening a new concept onsite in the near future that we are very excited about.

“We wish to thank each and every customer who has spent time with us over the past 11 years and we will always hold on to the memories we have, without your support it wouldn’t have been possible.

The news comes almost four years after the death of the head of the Clarke dynasty, Dennis ‘Denny’ Clarke.

He passed away in March 2018, just months after being told by medics that he was suffering from a terminal illness.

The popular entrepreneur was a keen Liverpool FC supporter and through his business interests, was a major sponsor of sports clubs, community groups and civic events in Antrim and further afield.

In later years he opened Moes Grill – inspired by his travels in the USA and Canada, Redz and Jake’s Cocktail Bar and Grill, all at The Junction, as well as a second branch of Moes Grill near Magherafelt.

He is survived by wife Jackie, son Darren and daughter Julieann.