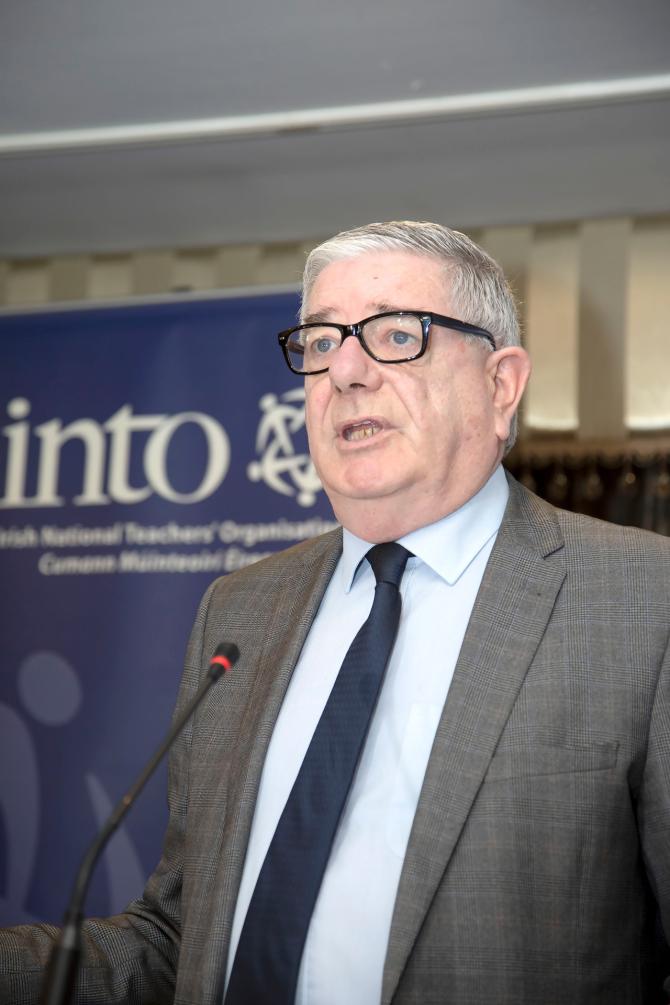 TEACHERS have voted a resounding ‘yes’ in favour of a campaign which will see INTO members lead a six week ‘Pay Campaign’ across Northern Ireland following the rejection of a pay deal which has been described as ‘inadequate and insulting’.

Gerry Murphy, Northern Secretary, put an emergency motion to delegates at Northern Conference this morning (Friday, March 4) which was seconded by the chairperson, Marie O’Shea.

Speaking to over 200 delegates, the Northern Secretary said: “The campaign will take place over six weeks in the run up to the election countdown so we will begin on March 30.

“It will involve public meetings in six locations across the north. We're looking at a co-ordinated social media campaign and campaigning will take place in concert with NEU, UTU, NAHT and INTO.

"We'll be seeking the support of our regional daily and weekly newspapers papers. We will be providing information and support materials. We will require our members, their families, and everyone in our communities to speak directly to politicians when they come knocking on your door, looking for your vote.

“We will seek to dominate the May Day rallies on April 30 which take place in Belfast and Derry. We want to dominate those both in terms of turnout, in terms of visibility and in terms of making your voices heard. These rallies will take place a week before the actual election – we have had enough and we want this resolved.”

Mr Murphy told members that this is such a serious issue and the campaign will need as much support from INTO members and the wider community.

He said: “This is a serious issue and a serious moment for us all and we must approach it with the gravity it deserves in order for a campaign to be successful.  “Industrial action would require a solid foundation. This foundation must include enormous support from all of the membership and a willingness to make sacrifices. We need to develop that support. We need the membership to fully understand what they're undertaking and appreciate what it will cost them. “The Department of Education may prepare for what is to come. We all have had enough of inadequate pay offers and a lack of respect. So, to our Minister – enough is enough. Prepare for industrial action if an acceptable offer for our members is not received.”