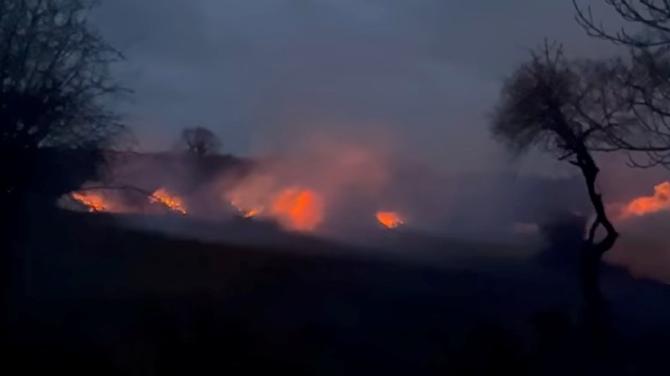 A LANDOWNER has apologised after billowing smoke poured through Templepatrick after fires were lit at the weekend.

Residents took to Templepatrick Action Community Association’s Facebook group on Saturday to complain about the issue.

The page administrator announced: “The fire brigade was called (Saturday) due to the billows of noxious smoke covering Templepatrick.

“The play park in particular was horrendous.

“The fire brigade has advised we contact Environmental Health under the Clean Neighbourhoods Act and neighbourhood smoke nuisance.

“You can also do this on the Council’s website if you have a concern.”

One parent said: “It was awful. I collected my son and it was so thick and his clothes smelt so bad.

“I couldn't see where the fire was but it looked like it was behind the school. I rang the fire brigade.”

Another added: “It was terrible, we had to leave the park as it was so thick.

“Our clothes smelt awful too.”

Another resident fumed: “This is the site on the Kilmakee Road - they set fire to a load of hedging and trees cleared from the field without any consideration for wind direction, pollution, surrounding homes or smoke obscuring roads.

A number of local councillors were contacted including Paul Michael of the UUP, Andrew McCauley of Alliance and Mathew Magill of DUP and the landowner was located, who issued an apology.

A spokesperson for TACA said: “With regard to the fires , the land owner has been in touch.

“He is out of the country at the moment.

“He offered sincere apologies as they did not know this was going to happen.

“He states: “We have NO intent whatsoever to develop the land but to use it for arable/grazing purposes.

“As you know the ground was in a terrible state when we purchased it and there was no easy way to improve its condition without a larger scale contractor improving drainage, access and removing overgrowth.

“We have worked with DAERA and have the necessary permission to remove some trees and will mitigate with replacement hedging in the agreed timescale.”

The spokesperson said that the landowner will keep residents up to date on anything that impacts neighbours in the future.