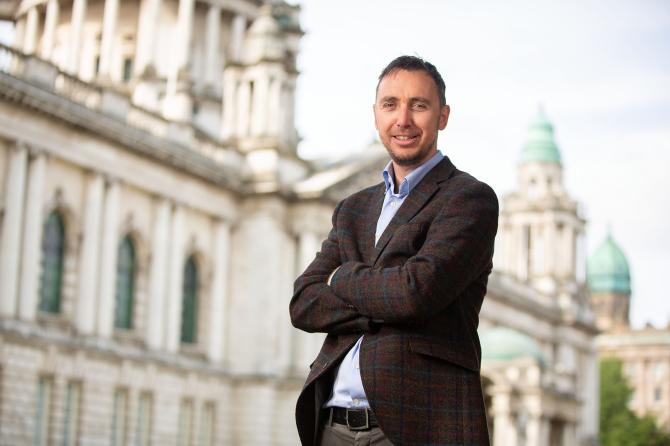 The British Business Bank’s eighth annual Small Business Finance Markets 2021/22 report has revealed equity investment in smaller businesses across the UK is on course to double while bank lending has dropped close to pre-pandemic levels.

In Northern Ireland the investment value of equity deals was 226% up in the first three quarters of 2021 compared to the equivalent period of 2020. The 27 investments in Q1-Q3 were worth £61million, which already exceeds the £20m of investment in Northern Ireland in the full year of 2020.

A growing presence of locally based venture capital investors was also highlighted, with proximity between investors and small businesses identified in the Bank’s first Regions and Nations Tracker report published in October 2021 as a key factor within equity investment. In 2019 there were nine unique equity investors involved in venture capital (VC) in NI listed, but by 2021 this had grown to fifteen.

Mark Sterritt, UK Network Director, Northern Ireland at British Business Bank said it was encouraging to see such an increase in the investment value of equity deals here.

He said: “We know investor presence is a key driver of investment activity and it is encouraging to see a growing number of locally based venture capital investors in Northern Ireland.

“When you put this alongside the proportion of smaller businesses in Northern Ireland who are willing to use finance to grow you can see why the investment value has grown to £61million in the first three quarters of 2021.

“There remains work to do to raise awareness of alternative finance across smaller businesses here, especially when you consider that the £61million was just 1% of the investment value of all deals across the UK in Q1-Q3, 2021.

“Also, despite these strong levels of investment, there remain disparities in access to finance among different groups. Breaking down barriers to accessing finance remains key to levelling up economic opportunity which the Bank is committed to addressing.”

In the October Spending Review 2021, the government announced £70 million to provide a new fund for Northern Ireland smaller businesses, to be administered by the British Business Bank. The Bank will be working with local stakeholders to deliver this increased support, with further details to be announced in due course.

A further £150 million for the Bank’s Regional Angels Programme was also announced. The programme committed £10 million to Co-Fund NI back in March 2021, which provides growth capital to early stage, high potential smaller businesses in Northern Ireland.

The amount of debt held by smaller businesses has significantly increased compared to pre-pandemic levels due to businesses accessing the government’s Covid-19 emergency finance schemes. At their peak in March 2021, smaller business debt stocks were estimated to be 30% up. Encouragingly, however, debt repayments are becoming a smaller share of businesses cash flow as UK economic recovery helps boost their turnover

1 Link to Smaller businesses and transition to net zero report