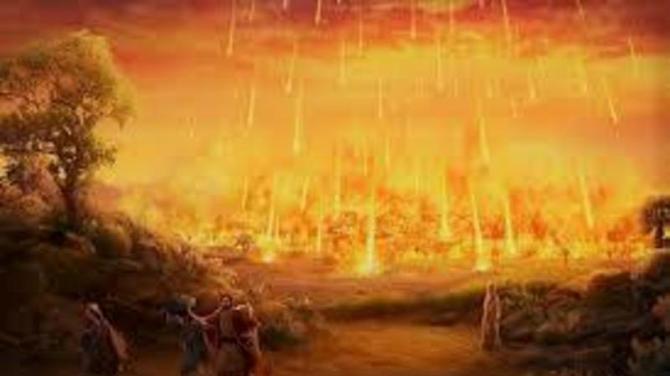 EVEN though the trophy cabinet is groaning under the weight of Best Kept awards in recent years, there are still a baffling number of people queuing up to stick the boot into the town of Antrim.

Take Sam Jordison and Dan Kieran, for example. They were the editors of the charmingly titled book ‘Crap Towns Returns’, which branded it the worst place to live in Ulster.

Antrim was also listed as the 35th least attractive place to live in the UK, and the write ups contributed by members of the public responsible for the town's nomination for the listing were less than glowing.

One contributor wrote: “Anyone wanting a look at the ‘real’ Ireland should run through Antrim.

“It has, admittedly, enjoyed a clean-up, but having lived there for nine years I can vouch for the fact that it is, on the whole, a dangerous s**tpit.”

Trip Advisor it is not.

Most locals will not recognise this rather jaundiced view of their home town, but a trawl through the archives this week has revealed that Antrim bashing is not a new phenomenon.

Flashback to October 1930. Rev TM Johnstone was in the pulpit at Newington Presbyterian Church in Belfast, and he was determined to get something off his chest.

Not long ago in Northern Ireland, be said, laws were passed to put an end to the sale of the demon drink on the Sabbath day.

Public houses across the province were forbidden to open on Sunday - and Rev Johnstone raised his glass to that.

For a while everything had ‘gone well’, but the outspoken Minister warned that ‘today all that was very largely changed’.

A loophole, it seems, had been found and the watering holes were throwing open their doors once again.

“The enemy has found by means of licensed hotels a way of getting the better of the law with the result that many places, formerly respectable places, are now becoming on the Sabbath day more like Vanity Fair,” he fumed.

And that was significant for the county town, which at the time boasted several of those very establishments along its High Street.

“I am informed that in Antrim on the Sabbath days during the summer, motor cars numbering anywhere from 60 to 90 have been counted lined on the public street while their drivers and friends refreshed themselves according to their tastes.

“At times the conditions have been so congested with these Sabbath evening hotel patrons from a distance that it was only with difficulty the local, decent, Sabbath-observing residents could make their way.”

Things happened, be said, that were ‘unmentionable’ in that audience.

“Itinerant liquor soaks who motor to the town on Sabbath evenings have no regard for the laws of man or God.

“A young clerk felt it necessary to leave Antrim, not because there was anything wrong with accounts or any difficulty between him and his employers, but simply because he felt the hell-ward tug of its evil environment and was afraid lest he ultimately succumb to its baneful and fateful allurements.

“This place,” said the reverend gentleman, “has been described to me as a Sodom and Gomorrah, a rendezvous for all the dissipated fops of the surrounding country.”

Bearing in mind those cities were ‘destroyed by God for their wickedness’, that was an incendiary remark by any standard.

And the following week, he was at it again.

“What accursed things do we find in Ulster?” he asked.

“The support given by these ministers to the movement for the removing of the reproach from Ulster has been both valuable and timely. The Rev William Mitchell and the Rev A Holmes have both written to the Press strongly supporting what has been said, while another of the local ministers has written me accounting for his inability to take part in a newspaper controversy, but saying he would co-operate in any effort for the cleaning up of our community, adding that ‘the ventilation let in upon the foul practices should surely lead to action that will put a stop to them’.

“There is a great deal to clean up... and it will take some doing.

“The scoundrels who scout for liquor on a Sunday evening leave the trail of the serpent everywhere behind them.

“The trouble is now with the person who can take his motor and journey fifteen or twenty miles into the country, and by drinking and dissolute practices bring odium to otherwise respectable localities and set a very disgraceful and degrading example to the quiet respectable youth of the town and neighbourhood.”

But not everyone recognised the garish portrait painted by the crusading minister.

Canon Collis, Rector of Antrim, said he wished ‘at once, and most emphatically’, to dissociate himself from the description of the town of Antrim as a Sodom and Gomorrah.

“Surely there can be no justification whatever for anyone giving Mr Johnstone such a shocking description of the fair town of Antrim,” he said.

“No description could be more outrageous. The people of Antrim are a sober, law-abiding community, and are not deserving of such a stigma.

“Living, as I do, some little way from the main thoroughfare, I have no personal knowledge of any alleged breaches of the law in regard to the sale of liquor on Sunday, but if such breaches do occur, I feel assured they are not committed by the townspeople of Antrim.

“If, under cover of the rights of tourists and others resident in hotels, unauthorised people gain admission to hotel premises and obtain refreshments to which they are not entitled - I am putting this hypothetically, and not asserting it - then, obviously, that becomes a matter for inquiry at the hands of the proper authorities in whom jurisdiction the remedy may be applied.

“The fact that large numbers of motor cars are seen in the town on a Sunday does not necessarily imply that their owners or users are breaking the law. It is a wide thoroughfare, and there seems to be plenty of room for them.

“The point I wish to emphasise is, that whatever may be the views of outsiders upon the motives of casual visitors to Antrim, the people of Antrim are not to be associated with a line of conduct capable of being called into question in the language employed by those who gave Mr Johnstone the description of Antrim he has used.

“There is nothing wrong with Antrim and its good citizens, but if in the matter of the administration of the liquor laws difficulties arise and abuses creep in, as they may do, it should be an easy matter for the proper authorities to discover the weakness and apply the remedy without the necessity of public men publicly casting a slur on a law-abiding, self-respecting community.“

Mr WT Cooper, chairman of the Antrim Town Commissioners, said he too had been shocked by utterances from the pulpit, and he ‘emphatically protested against the manner in which Antrim had been held up to scorn and ridicule’.

“The facts are all against the conclusions so hastily reached by Mr Johnstone. Had that gentleman appreciated his responsibilities, he could have visited Antrim and judged for himself.

“Large numbers of visitors and strangers come into Antrim every Sunday and pass to and fro on pleasure, and it is impossible for the townspeople to be held responsible their movements.

“No town has a better reputation than Antrim for sobriety and good citizenship, and we do not intend to sit down under this libel. I have never witnessed any drunkenness or improper behaviour in Antrim, and I am confident that if Mr Johnstone had come to the town and seen for himself, he would never have lent himself to the public repetition of the scandalous statement made on mere hearsay gossip.

“It is perfectly clear that the music and dancing, and not the consumption of intoxicants, attract many casual visitors to the hotels on Sunday evenings. The conduct of the hotels has been satisfactory, and very few convictions have been recorded for breaches of the law in regard to Sunday trading.”

This was echoed by a spokesman for the town’s hotel proprietors.

He explained that, since the 1927 amendment of the licensing laws, residents in hotels and tourists were entitled to be supplied with refreshments ‘within prescribed limits’.

During the tourist season the Antrim hotels accommodated from 400 to 500 visitors, ‘most of whom made the town their headquarters during weekends’.

“Provision had to be made for the entertainment and amusement of the patrons, and the hotel proprietors had engaged orchestras, provided dance halls and other facilities. Dancing is the chief attraction, and young people come by rood, have meals, join with tourists and participate in the dancing.”

It was, he added, untrue to allege that those casual visitors were ‘supplied with intoxicants’.

“The greatest care is exercised to guard against any abuse of the law relating to Sunday trading. It is almost impossible to eliminate the possibility of an isolated ease of the ‘gatecrasher’ but strict as had been the police supervision, there had been only three prosecutions for breaches of the Act in Sunday trading last year.”

But this righteous indignation was not universal. One ‘gentleman whose public life in the town extends over many years’, suggested that the clergyman may have been onto something.

“I deprecate intemperate language or the exaggerated presentation of a case by a public man at any time,” he said, “but, shorn of that, Mr Johnstone has rendered a public service in drawing attention to what he has been led to believe is a scandal.

“I would not go as far as to say that the conduct of trippers to Antrim on a Sunday night is altogether scandalous, but there are irresponsible elements who, while they are given a wide field for their own enjoyment, have no regard for the comfort of others.

“The presence of scores of motor cars and motor cycles up to midnight in the streets of Antrim does not conduce to the comfort of the residents.”

But Antrim’s days as Ulster’s party central were numbered. Alas, the hotels are now long gone, and more liberal drinking laws mean that thirsty folk no longer have to travel to slake their thirst!