Disruption to leisure services as some staff strike over pay 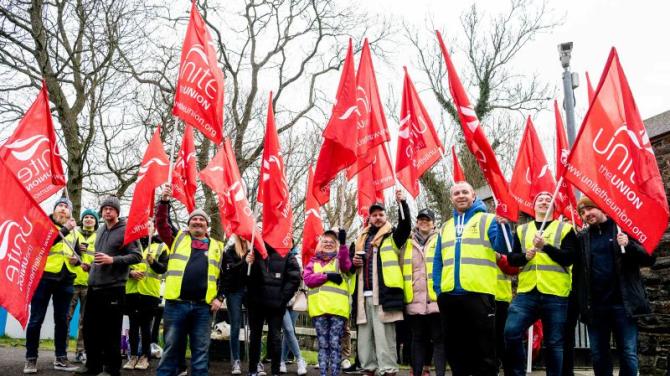 SOME leisure services in the borough look set to be disrupted as a result of industrial action by Unite the Union.

Strike action is expected to continue until Sunday (March 27).

Swimming pools and spas will be closed for the duration.

In anticipation of the industrial action, arrangements are already in place for Antrim Forum, Sixmile and Valley Leisure Centres.

Opening hours will be reduced to 8am to 8pm Monday to Friday with normal opening for all centres on Saturday and Sunday.

Swimming pools will be closed and there will be no swimming lessons. Spas will also close.

It is anticipated that Allen Park, Ballyearl Arts and Leisure Centre and Crumlin Leisure Centre will not be impacted by the industrial action and will operate as normal.

Bin collections, Household Recycling Centres and other services are expected to operate as normal.

The strike follows an overwhelming vote to reject a pay offer from local government employers in England, Wales and Northern Ireland of just 1.75 percent for the year 2021-22.

The Unite union said that the pay offer would mean another real-terms pay cut and comes after eleven years of pay freezes.

Unite is seeking localised settlements to deliver improved pay despite the other two signatory unions in the bargaining processes of the ‘Green Book’ NJC having agreed the 1.75% pay offer.

“I stand with and fully support all our Unite members working for Local Authorities, the NI Housing Executive, the Education Authority and schools who have taken to the picket lines across Northern Ireland.” she said.

“You are right not to sit back and accept an insulting 1.75% pay offer while you are having to cope with rocketing inflation. It is a disgrace that workers are once again being asked to pick up the bill for the failings of politicians.

deals that secure real improvements to pay. Unite will be backing you all the way.”

Kieran Ellison, Unite Regional Officer said that the people of Antrim and Newtownabbey were ‘very supportive and empathetic’ towards those on strike.

For more on this story, please turn to Page 9.