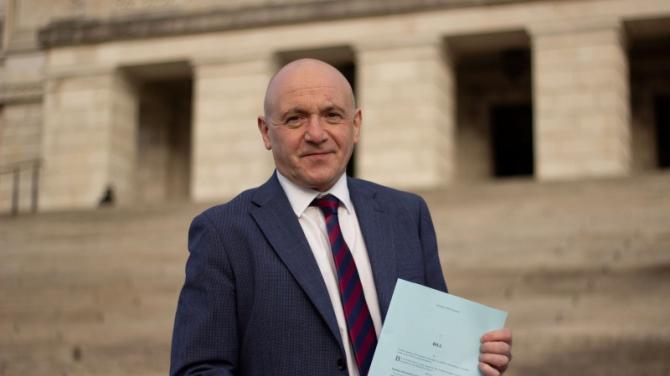 SOUTH Antrim MLA John Blair has unveiled plans to re-introduce his Bill to ban hunting wild mammals with dogs in Northern Ireland at the ‘earliest opportunity’.

The Alliance rep introduced his Bill last year but it was defeated in the Assembly, with Sinn Féin, some Democratic Unionist Party Assembly Members and the Traditional Unionist Voice leader Jim Allister voting against it.

Mr Blair says he now plans to re-introduce his Private Members’ Bill to outlaw the practice - if he is elected in May, of course.

“Hunting wild mammals with dogs is barbaric and this cruelty and has no place in a modern and compassionate society,” he said.

“It is incredibly disappointing that Northern Ireland remains the only part of the UK without such a ban in place.

“The position Sinn Féin took on the Bill was absolutely staggering, and if that wasn’t puzzling enough, it followed a commitment from Mary Lou McDonald that the Party would support a ban on fox hunting at the next opportunity.

“I remain steadfast in my opposition to the cruel sport of hunting when dogs are used for the kill and will seek the earliest opportunity to reintroduce my Bill in the new Assembly mandate.”