Almost 200 council staff to have wage packet topped up 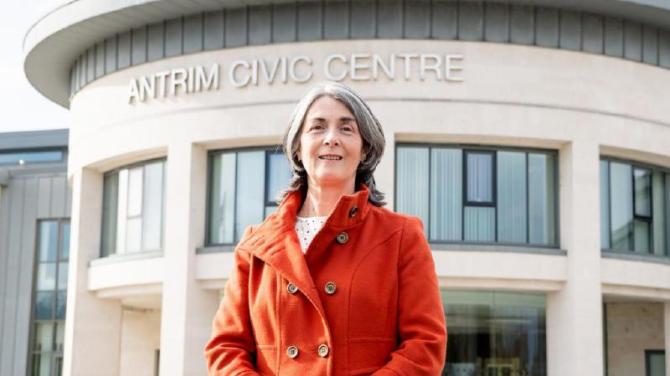 ALMOST 200 Antrim and Newtownabbey Borough Council staff are be paid the real living wage of £9.90 per hour from April 1.

At least 199 staff are set to benefit from the rise - but sub-contracted staff will not be included.

Following a meeting of the Policy and Governance Committee last week, council recommended an SDLP proposal, which had previously appeared as a Notice of Motion before the full monthly meeting of council.

Councillor Lynch said agreement on the move was secured following initial opposition from DUP, Sinn Féin, the Alliance Party and the UUP.

However, she said it was ‘deeply regrettable’ that pay parity has not been extended to sub-contracted staff and the SDLP would continue to push for the living wage for all council staff.

Councillor Lynch said: “I was aghast when a number of parties on our council, the DUP, Sinn Féin, Alliance and the UUP showed opposition to my proposal to introduce the real living wage for staff.

“At a time when the price of food, fuel and energy bills are through the roof, the last thing councillors should be doing is turning their backs on the people who keep this place running.

“Despite these challenges we were determined to continue fighting for fair pay and treatment for council staff and I’m glad the common sense has prevailed.

“While for some this will result in a modest increase we have set an important precedent here that people should be paid the real living wage and we will work to ensure salaries increase as the living wage does.

“Our efforts to tackle rising costs for people in this area and across the North have been hampered by the DUP’s decision to collapse the Executive, which has led to others insisting nothing can be done to help those who are struggling.

“This success is tangible evidence of the power we have to help families dealing with this emergency and the SDLP will continue identifying every avenue open to us to get money into people’s pockets and support to those who desperately need it.

“While at least 199 staff members will benefit from this pay rise I acknowledge that sub-contracted staff have not been included, but agency staff may still benefit.

“I would like to reassure them that we will not stop working on this issue until everyone receives fair pay and working conditions.

“This pay rise shows what we can achieve when we’re determined to address the issues that matter in our communities and put people first.

“ It’s about much more than council staff, every worker across the North deserves to be earning the real living wage at a minimum and I will make this a key priority if elected to the Assembly in May.”

Meanwhile Antrim and Newtownabbey Borough Council has confirmed six members of staff are earning financial packages in excess of £100,000.

Their statement follows publication of the Town Hall Rich List 2021 by the Taxpayers’ Alliance (TPA), which is a pressure group campaigning for lower taxes.

Five other senior members of staff on the local authority in receipt of financial packages ranging from £100,800 to £112,500 are listed too.

A spokesperson for Antrim and Newtownabbey Borough Council confirmed the figures are correct but declined to comment further.