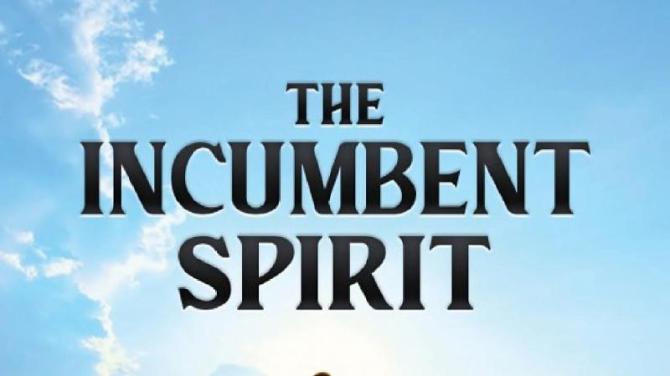 AN Antrim man who began writing poetry during lockdown to provide comfort to friends and family has published his first anthology.

‘George Francis’ is a pen name for the local writer, who prefers to remain anonymous because of a trauma his family suffered over 40 years ago.

The author lost a family member during the Troubles and says that as a lot of his work is inspired by the way in which he dealt with his pain, he does not wish to make his family relive their ordeal.

“Rather than seeking revenge, he sought to understand the thoughts and motivations behind such savagery, subsequently becoming a student of psychology and counselling.

“Through his poetry, he proposes a theory of potential peace and unification of the people of this world by appealing to the inquisitive mind which can entertain the concept of peace and spirituality being universal to all.”

The description of the book, entitled ‘The Incumbent Spirit’, reads: “Why are we here? What is our purpose? Is there a higher power and can we connect with it?

“These eternal questions have been posed throughout the ages.

“Various views and opinions towards the answers have formed clusters of believers who then forge separate groups of thinking and ideology, sometimes causing division, war, and death.

“This book of poetry challenges these questions once more, seeking universal answers which could bind the human race together in a way which respects life and its diversity, while suggesting commonalities of being.

“Thought provoking, inspirational and comforting, it inspires the reader to look at life through the eyes of others, raising levels of compassion and self-awareness on a journey of spiritual contemplation.

“The Incumbent Spirit is an anthology of spiritual poetry inspired by the need for peace, understanding, and togetherness, composed in a year of fear and division.

“In here are words to inspire the seeking of love, peace, and wisdom from spirit, through spirit, to spirit.”

The Antrim Guardian caught up with ‘George Francis’ this week.

“My poems were written during lockdown, which was a period which meant different things for different people.

“Some felt distress, some felt relaxed, some found epiphany and appreciated their surroundings.

“I saw friends in a state of fear and panic and I started writing things down to try and help them.

“The poems kept coming and they seemed to have a positive effect.

“More and more people said should publish them and at first I just laughed it off and never thought that anything would come of it.

“But the more I thought about it, I realised that I had an opportunity here, to help people understand their life a bit better the way I had to learn to understand mine.

“Living in Northern Ireland, you do relive some of those events over and over again, but that wasn’t the reason for writing the poems.

“It’s surreal to see my own book in print and the writing process kick started something within me, that I didn’t realise existed and now I have almost completed my second book.

“It came as a real bolt from the blue, I had never any real experience of writing per se, poetry even less so, so it was interesting to sit down and write a poem for the first time.

“I like that I take more time to find a word that can say more than many other words, if that makes sense!

“It has made me sit and contemplate more and I hope others have that same cathartic sense when they read them.

“It was a thoroughly enjoyable experience and it is nice that future generations of my family can have something that granda wrote!”