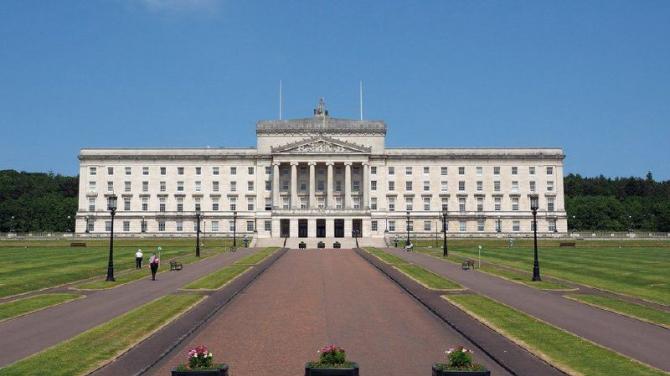 SO here we go again.

Yes, South Antrim returns to the polls on May 5 to once again redraw the political map.

But will it make any difference? Will the people preside over another slavish copy of the results of yesteryear, or will 2022 produce some new flourishes that will actually shake-up the fairly predictable plod of local politics?

Since 2011 South Antrim’s voters have been asked to make their mark no fewer than 10 times, and based on those outcomes there are a few things that can be said with some degree of certainty.

The unionist parties will take the lion’s share of the votes - probably somewhere in the region of 50 to 60 per cent - putting them in pole position to potentially take three of the five seats up for grabs.

That’s been the pattern in recent years, and it would be an attractive prospect for anyone who fancies a flutter on the outcome.

The advice, however, would be to tread carefully. Alliance, Sinn Fein and the SDLP reckon that the times, they are a changin’.

The DUP, undoubtedly, are the party to beat this time out.

It has been a torrid few years for them, with all too public divisions laid bare over the removal of Arlene Foster, and then her successor Edwin Poots. Their role supporting the Tories during the Brexit negotiations has not helped either.

This time out the mantra in South Antrim seems to be what we have, we hold.

They are running just two this time, Pam Cameron and Trevor Clarke. Both are seasoned campaigners, but Clarke will be mindful that he lost his seat at the last time of asking in 2017 - only to be thrown a lifeline when sitting MLA Paul Girvan walked away later that same year when he dethroned Ulster Unionist MP Danny Kinahan.

Nevertheless, the trend of recent elections do seem to be in their favour.

On a turn out of 60 per cent, the quota should hover around the 7,000 vote mark to cross the line - and at the last test of public opinion at the 2019 general election they passed that with ease, with 15,149 votes. That was a solid 35 per cent of the vote on the day.

The results in that Westminster poll would have translated to two rock solid Stormont seats for the DUP, with one each for the Ulster Unionists and Alliance - and the last a battle between the UUP and Sinn Fein, decided by Alliance and SDLP transfers.

But you can not extrapolate from that impressive showing alone.

In the council elections earlier in 2019, the DUP were still top of the heap - but on that occasion they only harvested 10,245 votes - well short of two solid quotas.

One year previously - back when there were six seats up for grabs - they had taken 37.5 per cent of the vote and got all three of their runners home.

The 2022 running mates will be hoping to consolidate their position - and they may well do so - but with the rest of the field rolling their tanks onto their lawn, there may be some sleepless nights in the closing days, not to mention sweaty palms at the count itself.

The Ulster Unionists will certainly be gunning for a second seat.

They too are running two this time - Steve Aiken and Paul Michael - wisely rowing back from their ambitious campaign in 2016 when they ran three, returning only one.

Arguably more transfer friendly that the DUP, they will be hoping to neatly balance their vote to keep both men in the race long enough to absorb support from eliminated runners.

And they will probably need them. At the 2019 Westminster poll Danny Kinahan took 12,460 votes. He lost despite taking 500 more than the total which saw him finally wrestle the seat from Willie McCrea in 2015.

But general elections are a different beast in South Antrim, which are traditionally a one on one slug fest between the unionist contenders - with many voters opting to lend their support to shape the outcome of the main contest.

That is clearly underlined by the 2019 council election, when they could only muster 7,517 votes compared to 10,245 for the Democratic Unionists. If that had been a Stormont election, it would have been two for the DUP and one apiece for the UUP, Alliance and Sinn Fein.

In the 2017 Westminster poll, floating voter caveat aside, they took 13,308. And while they ultimately lost to Paul Girvan, they would have taken two seats if it had been a STV Stormont election. So would the DUP, with Sinn Fein taking the final spot.

A more reliable gauge, of course, is the Assembly elections of yore - and in 2016 and again in 2017 all they could muster is a single seat.

But under new leader Doug Beattie, team UUP have entered the 2022 campaign with a spring in their step. Aiken, of course, has the profile of someone who had led his party - while Michael is coming off a successful stint as Mayor and being recognised by the Palace for his work for local government.

Another interesting variable this year is a resurgent TUV - doubly so given that their man in South Antrim has an axe to grind.

Mel Lucas was formerly a DUP councillor in Antrim, swept into power with the same wave of new blood that brought Trevor Clarke and Pam Cameron to prominence.

But he grew disillusioned with the party when they opted to share power at Stormont, eventually announcing his resignation from the DUP before his stunned erstwhile friends during a charged meeting at the Steeple.

Much more comfortable with team TUV, he will be hoping to build on the votes won by Richard Cairns. And even if he does not succeed, with margins expected to be tight where his votes go next could have a significant impact on the race.

The Alliance Party could also be forgiven for having one eye on the winners’ circle, after a period of rapid and remarkable growth.

Former leader David Ford was one of the original gang of six at the rebirth of Stormont, and he held the seat right through to 2017 when he took 5,278 votes - a creditable 12.5 per cent of the vote.

For the previous two decades, when it came to election counts patience was key. Alliance got there in the end, but it was often a long haul.

And then something remarkable happened.

In the 2019 council elections, the party took a combined total of 6,831 votes, which translated to an unprecedented 18.2 per cent of the vote.

Later that year they proved it was no fluke when John Blair received 8,190 votes for Westminster. That was 19.1 per cent of the vote. Yes, the DUP and Ulster Unionist vote was slightly down - suggesting that their support was no longer on loan - but Sinn Fein’s vote was down by 6.7 per cent too, hinting that Alliance were making gains from all quarters.

If Blair was to repeat that performance on May 5 he would cross the line in the first round, with a tasty surplus which could see them becoming king makers when the transfer tussle gets under way.

If that means that four of the five seats could be decided, that leaves just one - and Sinn Fein will undoubtedly fancy their chances.

True, their last showing in the 2019 general election was disappointing by their standards. Their 4,887 votes was 11.4 per cent of the vote, down from 13.4 per cent at the council poll earlier that year.

Candidate Declan Kearney will be heartened by the SDLP’s showing in recent years. They know that if they keep their noses well ahead of them, a healthy dose of transfers when they fall will help them over the line in a contest with precious few nationalist votes.

The SDLP have not represented South Antrim at Stormont since Thomas Burns lost his seat in 2011 - and since then Sinn Fein have consistently out-performed them.

But Roisin Lynch and her team have hit the ground running this time - even claiming on their election literature that they are the only party that can take a seat from the DUP.

The Ulster Unionists may beg to differ, but it speaks volumes about the party’s confidence.

They have not managed to get more than 10 per cent of the vote since the council elections back in 2014, but they will certainly be aiming to improve on that come May 5.