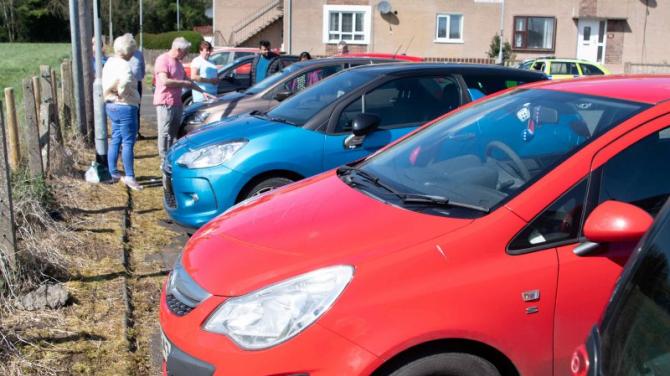 AN attack on cars parked at the Dublin Road estate has been roundly condemned.

Residents of Greenview Avenue woke early on Sunday morning to find out that their vehicles had been damaged overnight, with repair bills estimated to be in the thousands of pounds.

Ulster Unionist Assembly candidate and councillor Alderman Paul Michael (pictured left) said that when he arrived, he found it hard to believe the amount of damage carried out to seven cars, parked in a row.

“Bonnets and doors had been scored and deeply scraped, with residents believing it was carried out by young youths fuelled by alcohol,” he explained.

Alderman Michael added: “We have witnessed high levels of anti-social behaviour across our towns and villages and it must stop.

“If elected I will call for stronger emphasis on parental control, responsibility of such actions clearly cannot rest with the victims of acts such as this.”

“This is shocking to see,” he said.

“This is a peaceful, quiet estate and these are hardworking residents who do not need this extra expense in the middle of a ‘cost of living’ crisis.

“With more people using CCTV and doorbell cameras, I hope that people in the area pass any relevant footage they have on to the PSNI so that the thugs who did this can be brought to justice.”