Antrim was living in fear of the 'killer' in their midst 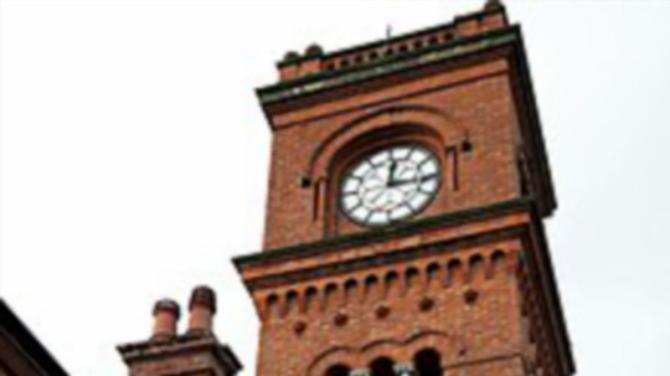 THE past is a foreign country, they do things differently there.

Depictions of race, gender and sexuality which were once the norm, can quickly become shockingly outdated.

And the same can be said of the handling of mental health - a fact underlined this week by an unsettling report of a meeting of Antrim Rural Council and the Town Commissioners 70-years-ago.

It centred on the thorny question of a ‘killer’ in their midst. Worse still, he was at that time public enemy number one.

The man in question was former Holywell Hospital patient Iain Hay Gordon who died in 2012 an innocent man - but a gravely wronged one.

It is now widely acknowledged that powerful forces conspired to make him the scapegoat for murder - and together they robbed him of his youth, his reputation and ultimately his identity.

Like all good murder mysteries, this story begins with a body.

In the early hours of November 12 1952 judge’s daughter Patricia Curran was found just off the drive to her family home at The Glen in Whiteabbey.

The grim discovery was made by her brother Desmond and he maintained that when he chanced upon her she breathed - despite the fact that she had been stabbed 37 times.

She was brought by the family solicitor, who as luck would have it was on the scene, to the local GP who promptly pronounced her dead. Of that there was no doubt as rigor mortis had already set in.

There were other curious features too. Though it had been raining that evening, her clothes were quite dry. And despite the frenzied nature of the attack, there was little or no blood at the scene.

And it did not end there. The judge did not permit the RUC to interview his family for four days. Indeed it was to be a week until the police were allowed access to the family home - and when they finally got in, they discovered that the 19-year-old victim’s bedroom had been freshly redecorated.

Despite this decidedly odd behaviour, the RUC seemed reluctant to look closer to home for their killer. They took 40,000 witness statements but still the breakthrough eluded them.

In desperation they turned to Chief Superintendent John Capstick of Scotland Yard - and it was he who started building a case against Iain Hay Gordon, a naive and shy Scottish national serviceman.

Capstick’s memoirs later recalled his brutal interrogation of Gordon - though he claimed to have taken no pleasure in getting his ‘confession’.

“I had to make that boy tell me the truth about his private life and most secret thoughts,” he said.

“Only then could I begin to believe him. He began to tell the truth about Patricia Curran. I hated to use what might well seem to be ruthless measures.

“I was never sorrier for any criminal than for that unhappy, maladjusted youngster. But his mask had to be broken.”

But how? It later emerged that they had played on Gordon’s fear that his mother might think him a homosexual. Ideas were deftly implanted in his head. Effectively he was brainwashed.

Yes, he wrote a confession - but Capstick dictated it.

Armed with that damning document the case went to trial and Lord Chief Justice McDermott found him ‘guilty but insane’.

Gordon was sent to Holywell Hospital in Antrim to serve his time at Her Majesty’s Pleasure. It is telling that during his seven-year stay in Antrim he received no treatment for his imaginary condition.

For the first two years he was locked up in a ward with dangerous psychopaths.

“They could be very nice to you one minute then come at you with a chair the next, through no fault of their own. They were mentally ill,” he later recalled.

“You stand with your back to the wall so you can see everything coming towards you.”

Though he was well-treated by staff, the early days in Antrim were difficult for the young airman.

“I remember it was the Queen’s Coronation and I was very depressed. Then somebody gave me a Daily Express to look at and there was this guy called Norman Vincent Peale who taught positive thinking, and his book was serialised. It turned my life around.

“No matter what your condition is, you can take control. When I was in the hospital, just to keep myself going, I used to say ‘tomorrow I’ll be free’. I kept saying that for some seven and a half years until it became automatic.”

During that time he worked freely in the hospital grounds. Gordon was even known to ride into town on a bike to run errands.

Local man Robert Wilson was a plumber at the hospital during Gordon’s stay, and he recalled that the staff all knew he had been ‘framed’.

“I remember him very well. He was a nice chap, quiet - laid back even,” he said.

“Everyone knew why he was there, of course. There was a fair bit of talk about the case and that.

“But I don’t think many thought he did it. There were no doubts as far as I was concerned.

Former Mayor Oran Keenan knew about the case from an early age through his father, who also worked at the hospital.

“He was of the opinion that it was an in house murder but because of who the father was, Mr Gordon was convicted and sent to Holywell where he received no treatment.

So the good people of Antrim were onto this miscarriage of justice from the get go, right? Wrong.

Quite the contrary, in fact. A report from April 1953 - just one month after the Scotsman’s arrival at Holywell - paints a striking picture of a community united against Gordon.

He was the only item on the agenda that month at a special meeting of Antrim Rural College, with the Town Commissioners in attendance.

Together they resolved to pass ‘resolutions of protest’ against the decision to send the ‘notorious killer’ to Antrim.

Furthermore, they decided to write to the Minister of Home Affairs urging him to take ‘immediate action to overcome any legal difficulty preventing the transfer of Gordon to a criminal lunatic unit’.

They were responding, they said, to the ‘deepest concern’ of local people.

They feared that there were no facilities at Holywell to offer ‘adequate protection to those in the neighbourhood who might be endangered by any escape of this patient’.

Not only did Gordon pose a threat, they suggested that his very presence at the hospital ‘increased the risk of leading other patients towards action more dangerous than those to which they might now be inclined’.

Kenneth Holden, the clerk of council, echoed the ‘strong feeling’ in the district. He added that Holywell shared them too.

They maintained that they did not believe they had the facilities to look after ‘a person of this type’, adding that his admission attached a stigma to people attending the hospital for short-term treatment.

Samuel Fawcett told the meeting that Gordon should be moved to Broadmoor forthwith.

While he accepted that Holywell had been a ‘lunatic asylum’, it had in recent years moved towards becoming a treatment facility.

“Supposing Graham gets freedom, no-one knows how he might use it,” he said.

During the past week alone, he revealed that he had received no fewer than 50 letters of complaint.

“There is not a door in the area around the hospital that is not locked from morning to night,” he added.

“Women will not go out.

“They had each year a number of breakaways coming in or round their fields, but they were only mental cases.”

Send him back across the Irish Sea, he said. The people demand it.

“I know from reports from all parts of the district that everyone is against Gordon being here.”

Mr WR Clark agreed that his continuing presence was creating ‘a loss to the country as a whole’.

“All those people who were able to go in for treatment, sometimes slight, and come out of hospital in a short time will now give it a wide berth regarding it as a criminal lunatic asylum,” he said.

And there was also the question of price to consider.

The chamber heard that it cost around £10 a week to look after ‘an ordinary patient’.

“To look after Gordon would obviously take more, as he will have to be specially guarded,” said Mr Fawcett.

The resolutions were put to the vote and passed unanimously.

It was, of course, unsuccessful.

In 1960 the day Iain Hay Gordon had been patiently waiting for finally arrived when he was released on the orders of Brian Faulkner. He was sent home to Scotland to be with his mother, under an assumed name.

But because of the conviction he struggled to find work. A book publisher eventually employed him, with the strict proviso he did not talk about his case. It was a fresh start, but he was still living under the shadow of murder.

In 1993 Mr Gordon took his redundancy and decided to embark on the long journey to reclaim and restore his name.

The case finally came before the NI Court of Appeal in 2000 and Crown Counsel conceded that the case was less than flimsy.

“Without that confession would the verdict be guilty? The answer is no,” he said.

The three judges agreed and they ruled the confession was inadmissible, and the case against the by now elderly and frail Iain Hay Gordon collapsed.

There have long been rumours of a quarrel with her mother on the evening of Patricia’s death. She had arrived home at 5.30pm. At around 7pm Judge Curran was urgently summoned from the Ulster Reform Club in Belfast city centre where he had been playing poker. Desmond arrived a short time later.

It has all the ingredients of an Agatha Christie novel, and the case created a sensation. Down the years it has continued to resonate, with several books and television productions speculating on the identity of the killer.

And despite the indignities heaped upon him down the years, the Scotsman did return. Speaking to the Antrim Guardian in 2000 at a press conference in the Glenavna Hotel - the Curran family’s former home - he remained confident that justice would eventually prevail.

“I’ve always maintained my innocence. I don’t know who killed Patricia Curran, I wasn’t there when it happened, but I made up my mind that however long it would take I would clear my name.”

Perhaps his reluctance to attribute blame is totally understandable. After all, he knew more than most what can happen if the finger of blame is hastily pointed in the wrong direction.

“Someone once told me that a winner never quits and a quitter never wins and I was determined that I wouldn’t quit until I had cleared my name,” he added.

“The funny thing about this case is that every time we face a set-back someone or something has turned up out of the blue.”

Iain eventually got that wish and got the justice he craved. Perhaps soon it may be Patricia’s turn.