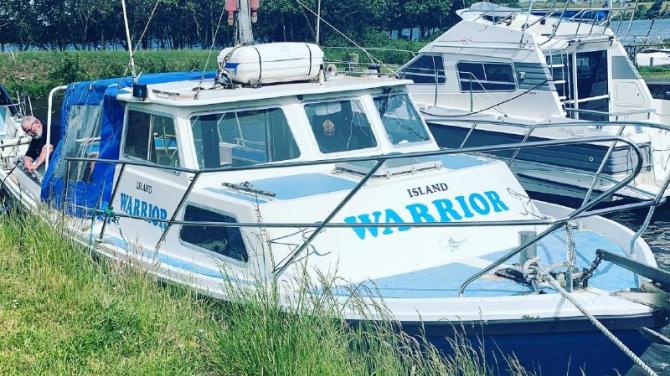 A PLANNED litter pick on Ram’s Island this weekend has been cancelled after a boat used to ferry passengers across Lough Neagh developed an issue.

The Ram’s Island Heritage Project reported that on Saturday April 23, the Island Warrior vessel started to take on water.

“A number of volunteers were working on the island, but at around 11am they noticed the Warrior had started to take on water.” said a spokesperson.

“Thanks to the resourcefulness of one of the volunteers it was possible to get the boat safely back to Sandy Bay without any issues.

“However, as a result the Warrior will be unavailable for the next two weeks due to emergency repairs being carried out.

“Thanks to the resourcefulness of one of the volunteers it was possible to get the boat safely back to Sandy Bay without any issues.”

The spokesperson added: “Unfortunately the litter lift due to take place on Saturday April 30 will need to be rescheduled as a result of the Island Warrior being temporarily out of commission.”

Back in January, the former skipper of the Warrior, Michael Savage, passed away.

He ran boat trips, clean-ups and conservation projects on Rams Island in Lough Neagh, leased by the River Bann and Lough Neagh Association from Lord O’Neill since 2005.

The O’Neill family’s former summer retreat had fallen into ruin, but thanks to Michael and a dedicated team of volunteers, has now become a wildlife haven and tourist attraction.