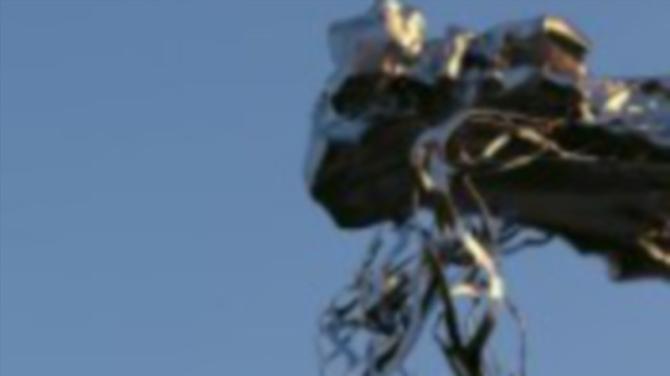 THE Antrim Guardian understands that the long-awaited statue of Finn McCool set for installation at the town’s Lough Shore will arrive in the borough this week..

The council had previously predicted that the structure would be in situ by the end of May.

The ambitious project has been beset by delays.

‘The Protector of the Lough’, as the piece of known (pictured left), will stand by the shore near the Gateway Centre.

Illuminated by night, the steel lattice work has been designed to cut an impress silhouette.

The statue is a nod to the legend that the Lough was created when Finn McCool lifted a clod of earth to throw at his enemy in Scotland and missed - thus also creating the Isle of Man.

The statue was due to be in place by the summer of 2020, but it has been put back on a number of occasions - undoubtedly not helped by COVID.

The artwork has been built in Spain and at 20-feet tall, is being shipped in large pieces.

The council plans to use time-lapse cameras to show it taking shape when it finally reaches its new home.

A spokeswoman for the council told the Antrim Guardian earlier this year: “The installation of the sculpture has been delayed due to the Covid Pandemic and we anticipate that it will be installed by the end of May.

Inspired by Yeats’ ‘The Wanderings of Oisin’, the spectacular sculpture draws from stories of Irish mythology which include Fionn mac Cumhaill (Finn McCool) and is ‘a love song to the Lough, the land and our heritage’.

Council also confirmed that Antrim Lough Shore will be going digital, as an exciting new virtual reality project will see the history of the waterway come to life in the Gateway Centre.

The project, in support of the Northern Ireland 'Embrace a Giant Spirit' campaign, has a combined value of £227,000, which will be funded by Tourism NI’s Market Led Product Development Programme.

A torpedo retrieval boat is also set to grace the Gateway as a visitor attraction,

The Torpedo Platform in Lough Neagh, which played a vital role during the Second World War, will be featured in the new exhibition at the Gateway Centre at the Lough Shore Park.

‘The Joyce’ operated on the Lough from 1943 as and has been aquired by council, to be moored alongside the centre.