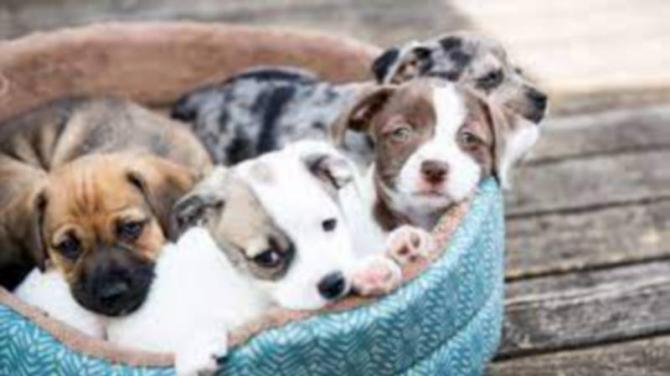 NORTHERN Ireland animal welfare charity, the USPCA has warned that pet owners are being duped by a new scam, one emanating from Templepatrick.

Following intelligence reported to its Special Investigations Unit, recent reports highlight that illegal puppy farmers have moved to a new tactic when selling sick and ill-bred pups – doorstep transactions where the seller insists on carrying out a home check.

A series of similar reports have been made to the USPCA in recent weeks, all occurring in areas across County Antrim including Templepatrick, Belfast, Tullycarnet and Carrickfergus, and involving Shih Tzus, Pomeranians, and some designer breeds such as Chorkies and Cockapoos.

Sellers are demanding that home checks be carried out to ensure the new home is ‘suitable’ but do not follow through with them at the time of sale.

Buyers are also being asked to place cash in an envelope which is then handed over on the doorstep.

USPCA Animal Care Manager, Deirdre McArdle, said, “These individuals are continually adapting their operations in order to dupe unsuspecting members of the public.

“Over the past two years they have used the excuse of covid to stop buyers viewing where the pup has been born and bred – and now we see them using the ploy of ‘home checks’ in a bid to gain the buyer’s trust.

“Illegal puppy farmers and dealers will do anything in order to appear as a legitimate seller – in this case the majority of adverts are stating that the pups come from ‘loving family homes’ and are fully wormed and vaccinated however no proof is presented during the sale.

“Unfortunately for the buyers involved in these cases, a trip to the vet has revealed that the pups are very poorly – malnourished and many weeks younger than stated by the seller.

“In fact, in some cases, the pups have also been sold as the wrong gender.

“A puppy farmer’s only interest is how they can make a quick buck to the detriment of an animal’s wellbeing – unfortunately many of these cases can have a terrible outcome.

“These reports also give us cause for concern regarding the safety of the buyer – although no threats or intimidation have been involved in the reported cases, we are urging members of the public to be vigilant against this new method of operation, for their own safety and the poor animals who are mercilessly bred for profit.

“Although these incidents have taken place in the County Antrim area, it is highly likely that the sellers are operating throughout the region.

“Please contact the USPCA Special Investigations Unit on 028 3025 1000 or online at www.uspca.co.uk if you have any information on such activity – all information is verified and passed on to the relevant enforcement agency.”

In order not to fall victim to illegal puppy farmers, the USPCA has issued the following advice:

- Rehome a pet from the USPCA or local animal rescue instead

- Always see a puppy with its mother and litter

- Do not buy a pet from a car boot, the back of a van or a market stall

- Never agree to the suggestion of a ‘helpful’ meeting point

- Ask if the person is a registered commercial breeder, if so, record the number from the Local Authority Registration document

- Enquire about the pup’s health status including worming and parasites, inoculations etc.