Gang of five look to the future - but will there be a Stormont? 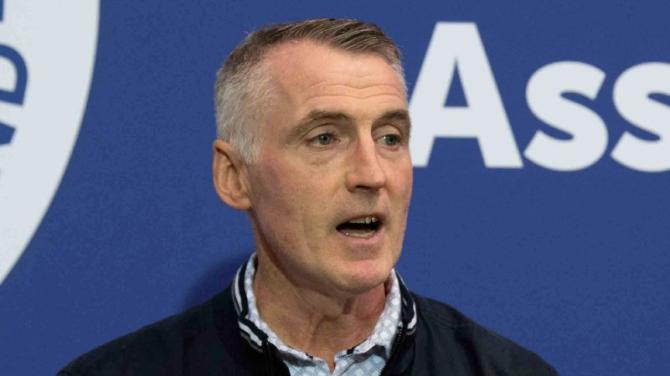 WITH the clock ticking towards midnight, the successful candidates took to the stage at Jordanstown on Friday night to thank the people who had got them there.

First up was poll topper Declan Kearney. He had taken 20 per cent of the vote - a high water mark for the party in South Antrim.

It was, he said, a hugely significant moment.

“Today the political landscape of the north has changed and it has changed utterly - and for the better,” he said.

Mr Kearney said the election had been about ‘real change’ and the opportunity to elect a ‘First Minister for all’.

The choice had been between ‘progress and stagnation’, and ‘the people had spoken’.

He added that he was keen to get back to work, implementing power sharing and re-introducing the North South bodies.

Next up was John Blair who paid warm tribute to his team and the people who supported him in huge numbers.

“Thank you South Antrim. Alliance is here. Change is here,” he said.

The result was a win, he said, for inclusive politics.

“Our community have had enough of dramas,” he said.

“We need to get back to work to make Northern Ireland a better place,” he said.

“It’s up to us as MLAs to get in there and make it happen.”

“I’m incredibly proud and privileged to hold this role for another term,” she said.

She added that she looked forward to advancing progressive policies like her lauded Autism Bill.

Finally, Trevor Clarke took the stage, thanking the counting staff for their ‘perseverance’ in completing the count so late at night.

It had been an exhausting day. There had been winners and losers. But the people had indeed spoken.