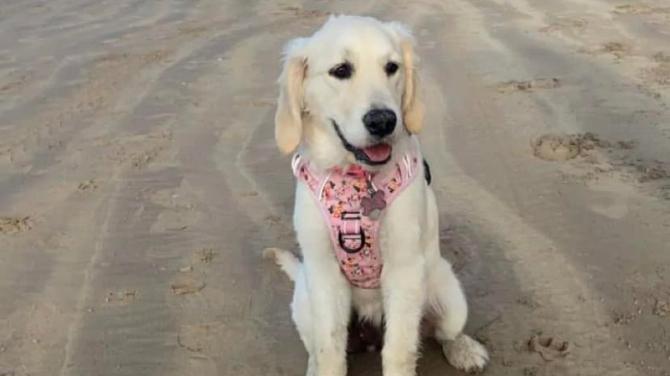 A LOCAL dog owner has warned others of the dangers of poisoning after her pet passed away following a walk at Rea’s Wood.

“I had my little girl and our puppy out on a walk at Rea’s wood just down at the Lough.

“Winnie was completely fine and we even met some lovely people down there who had there dogs in the water also.

“I noticed dead fish was washed up but kept Winnie away from them and thought nothing of it.

“Winnie was running in and out of the water as normal and then I took her home.

“When I went to get Winnie out of the car she was taking a seizure and I rushed her straight to the vet at 11.39am. By 11.55am our girl was pronounced dead.

“The vets think it was something she possibly drank or ate while in the water and it’s been reported to be tested. Winnie was only five months young and was very lively, healthy and the best there was.

“We are so heartbroken and didn’t expect this as the outcome from only going on a walk but the ladies at Fenaghy Vets were amazing on acting so quick and did everything they could for our girl.

“Just be careful. Words can’t describe how I feel. The only good thing to come of this is hopefully it saves another dog’s life

A number of other people have reported that their dogs had fallen ill and at least one more died after entering the water in recent days.