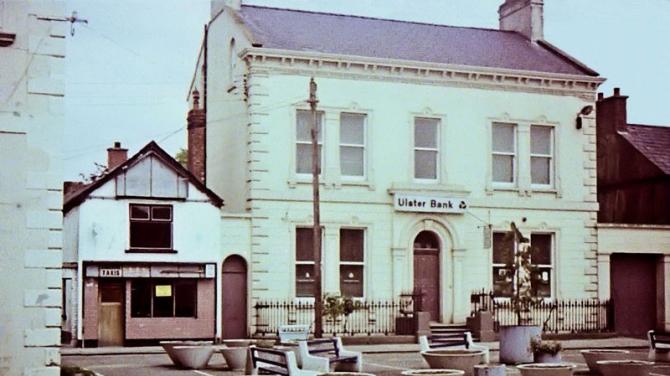 The announcement comes after a raft of civic regeneration projects have been announced for the town centre.

”I am very concerned that Ulster Bank has announced the imminent closure of its branch in Antrim town, he said.

“The potential impact on town centre regeneration and on the wider Antrim business community cannot be overstated.

“Many town centre businesses in particular are dependent on easy access to a local branch for a wide range of services essential to their day-to-day trading.

“At a time when businesses are only beginning to recover from a downturn in trade due to the Covid pandemic, it is inconceivable that yet more town centre bank branches are being stripped away, creating even more hurdles for our high street economy and regeneration.

“It is also a blow to the banking staff who will be faced with job loss or potentially expensive relocation costs, and it will prove a gross inconvenience for those members of the public who, for various reasons, are not able to access online banking.

“There must be a re-examination of the rationale behind the removal of high street banking services from small towns and rural areas in favour of centralisation.”

Ulster Unionist Antrim Town Councillor Jim Montgomery added: “I am concerned and angered to hear that yet another major bank is closing in Antrim.

“This leaves just one major bank and the Post Office and denies loyal customers essential services in their local area.

“It is these loyal customers over the years who have supported corporate banks through difficult times, but that loyalty seems to count for nothing when it comes to bottom lines in corporate accounts.”

“It’s a busy bank right in the heart of Antrim which is heavily relied upon and convenient for the older generation in particular.

“Loyal customers who have continued to support banks during difficult times do not deserve this treatment.

“We must remember that there is still a generation of people who depend on banks in their towns as they need to make transactions in person.”

The First Trust building, which closed in 2017, remains empty, despite occupying a prime piece of town centre real estate.

The Ulster Bank building, which sits a few yards away in the Conservation Area, was listed way back in 1976.

It was built in 1886 as a branch of the Ulster Bank, to the designs of Thomas Jackson, architect, of Belfast.

It is described as: “A Victorian bank designed by a well known Irish architect, which retains it Italianate style entrance façade.

“Despite its loss of interior layout and some detailing it remains a building of substantial quality.

“The building stands facing the main street of the town, with a lower modern building alongside it to the west, a modern shopping centre behind it, and a side yard to the east.”