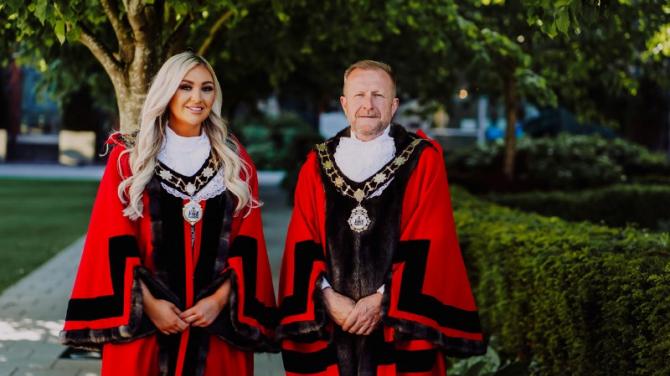 ANTRIM and Newtownabbey Borough Council has elected a new Mayor and Deputy.

At the Annual Meeting on Wednesday June 1 at the Theatre at The Mill members elected Councillor Stephen Ross of the Democratic Unionist Party (DUP) as Mayor and Antrim town Councillor Leah Smyth of the Ulster Unionist Party (UUP) as Deputy Mayor for the incoming year.

As the First Citizen of the Borough, Councillor Ross represents the Threemilewater District Electoral Area and will serve as Mayor until the end of the Council term in 2023.

“I look forward to serving the people of the Borough during my term in office, and I would like to personally thank my colleague Councillor Billy Webb for his influence and support during the past year.”

The Annual Meeting also confirmed the new Chair and Vice-Chair of the following Committees as follows: