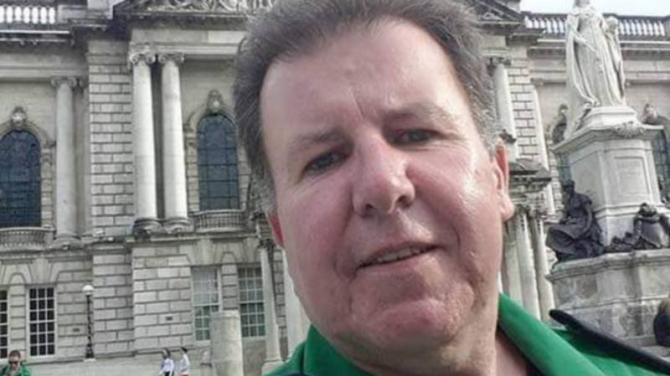 THE people of Antrim have been left stunned by the sudden death of a popular local man.

Police confirmed that Paul McLarnon (61) had died as a result of injuries he suffered in a three-vehicle crash in County Tyrone last Tuesday night.

Mr McLarnon’s blue Ford Ka was in a collision with a red Toyota Yaris and a lorry at around 8pm on the Cookstown Road in Dungannon.

A PSNI spokesperson said: “The investigation into the cause of the collision is ongoing and anyone who witnessed the collision, or who has dash-cam footage which could assist officers with their enquiries, is asked to contact the Collision Investigation Unit at Sprucefield on 101, quoting reference number 1474 24/05/22.”

Mr McLarnon was the second person killed on the roads in Northern Ireland on Tuesday alone.

Mr McLarnon had volunteered with St John Ambulance for a number of years and was a well known face in the town, from a respected Dublin Road family.

St John Ambulance’s Antrim Unit has passed on its condolences to the family.

He was also known as a caring neighbour and a big dog lover, often seen walking along the Lough Shore with his partner.

From Greenview Avenue, he was the beloved fiancée of Gwen Martin, son of the late John Henry and Margaret (Peggy) and brother of Barney, Freddie, Anthony, Robert, Mary B, Bernadette, Margaret, Christine, Kevin, Sarah and the late Seamus and Patsy.

Local people flocked to pay tribute to the local man.

Paula Totten paid tribute to a: “Big gentleman, one of the good guys.”

Pauline Dane added: “Will miss Paul dandering with Gwen, stopping to have a wee chat .

“He was a lovely person with heart of gold, looking out for his neighbours.”

“A lovely man who always stopped for a chat when we walked our dogs. I'll miss our chats.”

Amanda Thompson recalled: “Sorry to hear about Paul. Knew him from years ago from him coming into the Galley restaurant at the back of the Arcade every Saturday.

“Spoke to him many times since at the Antrim Forum.”

Mary McNicholl said: “So sad to hear about such a lovely decent man from Antrim.

“He never walked past you without having a chat about the dogs.

“Two weeks ago we spoke to him and Gwen at the lough [about] their two wee dogs that passed away.

“God love him, will miss seeing Paul around Antrim.”

Jenni Fee said: “So sorry to hear this.

“I never knew his name but ever since my days of serving him in the Boardwalk cafe, he would never have passed without smiling and talking, always such a gentleman with a big smile.”

Treise McMahon said: “Very sad to hear this, Paul took me as a young St John’s ambulance team member and couldn't have been nicer!”

And Gareth Franklin agreed, adding: “Lovely guy - first met him at St John Ambulance and he always had time for a chat if you bumped into him in town.

“Have known him from the time he and the family arrived in Antrim.

“Always stopped for a chat. Rest in peace dear friend. Condolences to the family circle.”