Lack of information over dog deaths 'is creating a vacuum' 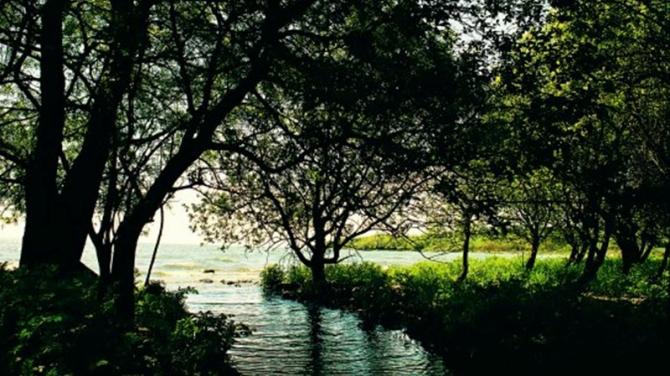 THE owner of a dog which died after being walked near Antrim Lough Shore has blasted a lack of information from the authorities.

Rory McCarthy said that he has been unsuccessful in trying to secure meetings with MLAs or get a call back from an animal welfare officer who covers the Antrim and Newtownabbey borough, weeks after at least three canines died.

Local people have also reported dead fish and birds in the area.

It is understood that the body of one of the dogs which died has been sent to a specialist lab in the Republic of Ireland following preliminary findings in a post mortem.

Last week the Antrim Guardian revealed that the Minister of Agriculture, Environment and Rural Affairs, Edwin Poots, told DUP South Antrim MLA Pam Cameron that so far, nothing has been found in the water.

Rory McCarthy spoke out after his pet Titch passed away following a three-week battle with kidney failure.

He believes the terrier cross came into a substance in an area away from the water.

Ms Agnew has also slammed a lack of communication by the investigating authorities, saying that she was learning of updates via the Press and social media.

Ms Cameron said she received an update from DAERA Minister Poots, which reported that no dangerous blue green algae was detected and that nothing of significance detected from water sample

An Antrim and Newtownabbey Council investigation is still ongoing.

Ms Cameron had asked the minister for an update on ‘any investigation or testing carried out in conjunction with Antrim and Newtownabbey Borough Council at Lough Neagh, following the recent death of two pets’.

In a written response, Mr Poots said: “I was sorry to hear about the recent deaths of two young dogs in Rea’s Wood area of Lough Neagh.

“Officials in the Northern Ireland Environment Agency continue to liaise and work closely with colleagues in Antrim and Newtownabbey Borough Council (ANBC) to assist them with their investigation.

“NIEA officials have inspected the area for visual signs of water pollution. No blue green algae were found in water samples examined at the Water Management Unit in Lisburn.

“A water sample was taken for a broad sweep of organic substances and nothing of significance was detected.

“The substances that were identified are commonly found at low levels in rivers and lakes across NI. The results of all our analyses have been shared with ANBC to assist with their investigation.”

Mr McCarthy said that he had contacted Mrs Cameron and Mr Poots, as well as other South Antrim MLAs but has failed to secure a meeting or a call back.

He also claimed that calls to a local animal welfare officer have remained unanswered.

“It may be that something is going on in the background, but it is important that the dog owners are being told,” he said.

“My wife has cried every night since Titch has gone.

“I am fighting for my dog and for Winnie and Milo.

“Lack of information creates a vacuum and into that vacuum will go conspiracy theories - people need to be open with us - the silence is deafening.”

Rory and his wife have also asked to publicly thank Milo’s owners for their endeavours in trying to work out what may have killed their pet and others.