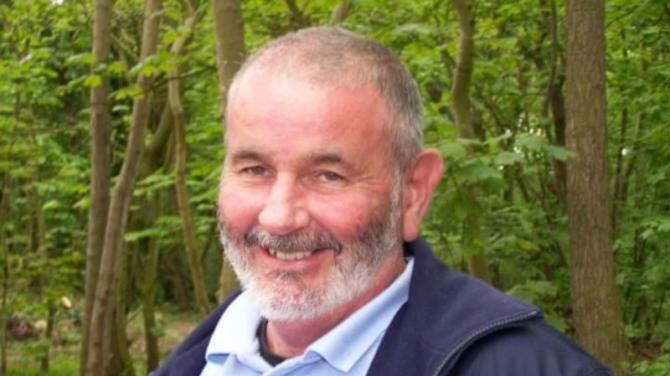 THE River Bann and Lough Neagh Association Company (RBLNAC) has made a splash after being handed The Queen’s Award for Voluntary Service.

This is the highest award a local voluntary group can receive in the UK and is equivalent to an MBE.

The RBLNAC volunteers act as custodians of Ram’s Island and have opened the area up to the general public and the local population of the Lough Neagh Wetlands.

This was achieved through building a new jetty, converting a derelict barge and by laying a path network throughout the island, which was formerly the summer residence of the O’Neill dynasty.

By educating the population about the natural and built heritage of the Island, the group gained a lot of allies and are proud to say a lot of the younger members of the local population have become volunteers too, encouraging them to become custodians for the future.

The accolade comes just months after the death of a leading light in the organisation, Island Warrior skipper Michael Savage, who helped ferry visitors to the island, gave guided tours and spearheaded many clean-ups and building projects.

A spokesperson said: “It was the vision and passion of the late Michael Savage to open up this derelict island to the public.

“He had the knowledge and charisma to get people involved and to” volunteer their time.

He would have been incredibly happy to see the volunteers get this recognition.”

RBLNAC is one of 244 local charities, social enterprises and voluntary groups to receive the prestigious award this year.

Their work, along with others from across the UK, reflects the ways in which fantastic volunteers are contributing to their local communities and working to make life better for those around them.

The Queen’s Award for Voluntary Service aims to recognise outstanding work by local volunteer groups to benefit their communities.

It was created in 2002 to celebrate The Queen’s Golden Jubilee. Recipients are announced each year on 2nd June, the anniversary of The Queen’s Coronation.

Award winners this year include volunteer groups from across the UK, including: a rural support group for farmers in Shropshire; a community magazine addressing isolation in the Western Isles; a running club engaging all ages in County Tyrone; a film academy and community hub based in South Wales, and a food bank in Greater London feeding vulnerable individuals and providing training opportunities.

Representatives of RBLNAC will receive the award crystal and certificate from Mr David McCorkell, Lord-Lieutenant of Antrim later this summer.

In addition, two volunteers from RBLNAC will attend a garden party at Buckingham Palace in May 2023, along with other recipients of this year’s award.

The chairperson, Drew Nelson says: “We are delighted that the work of the volunteers has been recognised.

“Without the hard work and dedication of all our volunteers we would not have been able to achieve our objectives.

“I am delighted that this award recognises the many hours our wonderful volunteers have dedicated over the years.”

The group has also thanked Antrim and Newtownabbey Borough Council for their assistance over the years.