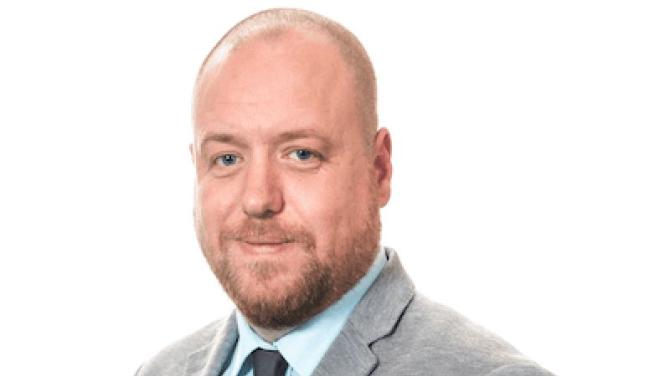 THE RANDALSTOWN community has been left stunned by the sudden death of a local councillor.

Glenn Finlay had been standing as an independent rep on Antrim and Newtownabbey Borough Council, after he was suspended by the Alliance Party last December.

The 41-year-old father had once been vice-chair of the party.

He passed away on June 15, just weeks after becoming a grandfather.

In a heartbreaking post on social media, wife Kelly said: “We will continue to hold you close.

“You were my best friend, my go to and the brilliant and the proudest father about.

“We are devastated but we have each other and we will do you proud.”

Mr Finlay was a well-known campaigner against ‘period poverty’ and domestic violence.

In a statement, an Alliance spokesperson said the party was ‘shocked by the sudden death’ of the Glenn Finlay, who represented the Dunsilly District Electoral Area.

“We would ask people respect the privacy of his family at this very difficult time and we extend to them our sincerest condolences,” the party spokesperson added.

Mr Finlay had been suspended from ‘all roles connected with the Alliance Party’ due to what they described at the time as ‘ongoing investigations’.

An Antrim and Newtownabbey Borough Council spokesperson said: “The Council is sorry to learn of the passing of Councillor Glenn Finlay.

“Our thoughts and prayers are with his family at this difficult time.”