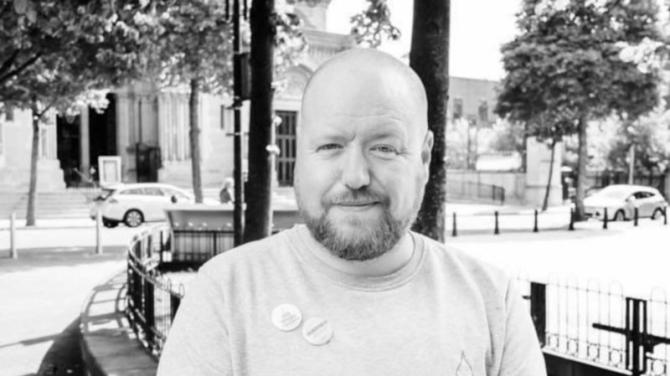 MOURNERS at the funeral of a Randalstown councillor who passed away suddenly this week have been asked to wear colourful clothes or their favourite band T-shirt.

He had been serving as an independent after suspension from the party late last year.

Glenn was husband of Kelly, father of Dylan and Caitlin and grandfather of Grace, who was born in April.

A death notice published at the weekend said that his cortege will leave Marrion’s Funeral Home on Wednesday June 22 at 1.45pm for his Funeral Service in St MacNissi’s Church at 2pm, then onto Roselawn Crematorium immediately afterwards for 4pm.

The notice reads: “To match Glenn’s personality, his family has asked, if in attendance, to turn out in colourful attire or your favourite band T-shirt.”

The funeral service may also be viewed on the parish webcam on www.mcnmedia.tv/camera/st-macnissis

The notice added: “If you would like to pay your respects to Glenn and his family, Marrion’s Funeral Home will be open daily between the hours of 11am-3pm and 6pm-10pm.”