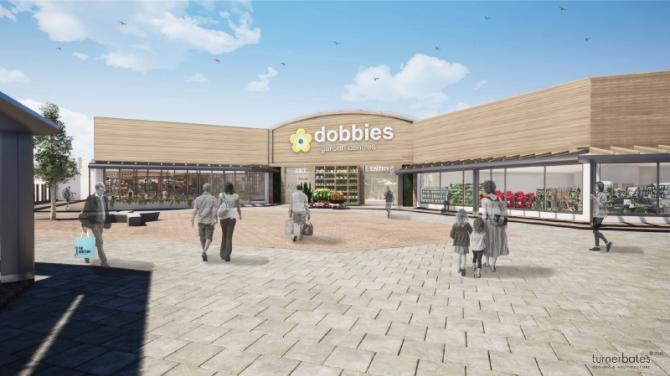 SOMETHING rather curious is happening in Antrim.

Dark clouds of recession may be hanging overhead, but on the ground the town is going through something of a quiet renaissance.

Chimney pots are appearing at an unprecedented rate at multiple sites, most recently at the former Tech.

And people are moving here too - no mean feat for a place that was once a byword for unemployment and social problems following the collapse of Enkalon, the textile giant that had lured so many to the ‘New Town’ in the first place.

It seemed for a time that Antrim was locked in a downward spiral, its residents forced to look on with envy as neighbouring Ballymena flourished.

Schools closed, traders departed and scores of Housing Executive homes were tumbled. Antrim’s day in the sun, it seemed, was over.

But in recent years a corner has been turned.

With hindsight, one of the key drivers in the reversal in fortunes was the decision to restore the Castle Gardens to its former glory.

Millions were ploughed into the faded parkland, but it proved to be money well-spent.

It is now firmly established on the tourist trail, and it has helped land several major events - drawing the crowds and, more importantly, challenging negative preconceptions about the town itself.

Celebrity gardener Diarmuid Gavin’s Clockwork Garden has attracted even more to the beautyspot and it seems he is rather taken by the place. Indeed, rumour has it he may be planning another project in the area...

But that’s only one piece of the puzzle.

Locals may have noticed that work is finally underway over at Castle Mall. Earlier this year a new anchor tenant was announced - the first significant investment in the scheme, following its acquisition by local owners Keneagles.

Creating 10 jobs, the Lynas Food outlet will open its doors in late autumn, with work starting immediately to restructure part of the mall to facilitate the large 8,500 square foot store.

Significantly the Lynas Food store will be accessible from the central car park, enhancing the rather bland exterior wall of the mall, which has remained untouched since opening its doors in 1980.

Mascott Construction are carrying out the building work, creating 30 construction jobs in total for the work on the new store.

Why here and why now?

“Antrim is going through a huge regeneration and with more investment in the town centre and additional family homes under construction, we see the potential in this catchment area and are delighted to not only bring our product range to the town but also create additional jobs throughout the construction and retail operations,” he said.

Mall manager Pamela Minford agreed that there were brighter days ahead.

“This has been a positive year for shaping retail and we have been on a growth trajectory since the transfer to the new owners in 2021,” she said.

“Lynas Food will reshape Castle Mall completely by opening it up on to central car park and inviting customers to continue their shopping experience right through the centre.

“We have a strong local community in Antrim who want to see Castle Mall succeed and this is just the beginning of our regeneration strategy with further exciting development plans to come soon.”

Castle Mall’s rejuvenation facilitated the upsizing and relocation of Holland & Barrett, Specsavers and Card Factory within the centre - and sources have suggested that more names are circling. Interesting times, indeed.

Just outside plans are afoot to redevelop part of the car park too. The former toilets are set to be transformed into a drive-through coffee shop, and there will be seating outside in what will become a community space.

Staying with that theme, one of the town centre’s most intractable problems may soon be resolved - after a fashion.

Pressure has been mounting to address another problem that has lain unresolved for years - Ulster Bar Corner.

Several town centre businesses were vested by the Department in the late 1980s for a major new development which never got off the ground. There have been several false dawns since then, but the site remains empty.

Two years ago Town Councillor, and then Mayor, Jim Montgomery challenged the Department to outline their plans for the ‘eyesore’ and it became immediately apparent that they had none.

But, crucially, the line of communication had finally been re-opened - and the council sensed that there was finally movement in what has been a thorny conundrum for successive councils.

The Department has been reluctant to sign over the site - which means the council will not be able to find a permanent solution to the problem just yet - but it is understood that they are prepared to ‘lend’ it to them.

Another community space is on the cards. Not ideal, perhaps, but certainly preferable to a derelict wasteland in the heart of town.

The project is expected on site ‘very soon’.

Works are also expected to begin at the former Wellworths building. Now an empty shell, the vast expanse will soon be filled by a plush conference room, private offices and ‘hot desking booths’.

It will also include the opening up of the back of the building onto the boardwalk providing a ‘Riverfront Regeneration opportunity’.

There are plans to extend the boardwalk that runs along the river at the back of the building by another 166m, improving access to the High Street and linking to the Castle Gardens and providing a longer cycling and walking route.

Both projects are part of the £1.2 million Leveling Up funding granted last year.

Staying the in town centre, it is understood that the former First Trust Bank has passed into new hands - and the new owners have ‘very exciting plans’ for the building.

Nothing is being said on the record just yet, but insiders say it will be ‘well worth the wait’.

Millions are also going to be spent over at Steeple Park too. Council sources say the cheque to restore the former council HQ is now in the bank and it will be put to good use once the final spec for the building is agreed.

Works are also underway at the former Cineplex site on Fountain Hill.

Housing is earmarked for part of the land, but there will also be a pharmacy, a dentist and perhaps another drive-through.

Over at The Junction, one of the largest retail lettings in the UK and Ireland in recent years is about to start taking shape - a a 110,000 square foot Dobbies Garden Centre.

Opening in spring next year, the Antrim store will include outdoor and indoor plant areas, sections for gardening products, outdoor furniture, pets, gifting and toys. As well as this, shoppers can find a cookshop and home décor, a foodhall, children's soft play area, new restaurant, and café on site.

It is undoubtedly a real coup for The Junction - and another emphatic £10 million vote of confidence in the town of Antrim.

Put simply, the place is booming. Imagine saying that 20-years-ago?