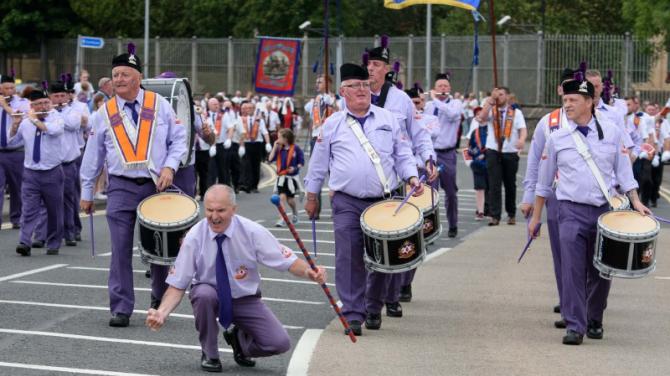 It is understood that 68 lodges and approximately 60 bands will gather in the town for one of 18 major parades across the province.

It is the first time the town has hosted the East Antrim Combine demonstration since 2010.

The parade, which will be led by Murray’s Temperance True Blues LOL 201 and Steeple Defenders Flute Band, will depart from Fountain Hill at 11am and follow a route via Fountain Street, Church Street, High Street, Bridge Street, Dublin Road, Randalstown Road, to the demonstration field at Castle Road.

The traditional religious service will be led by Chaplain Rev Peter Blake of All Saints’ Church.

The return parade will begin at 4pm.