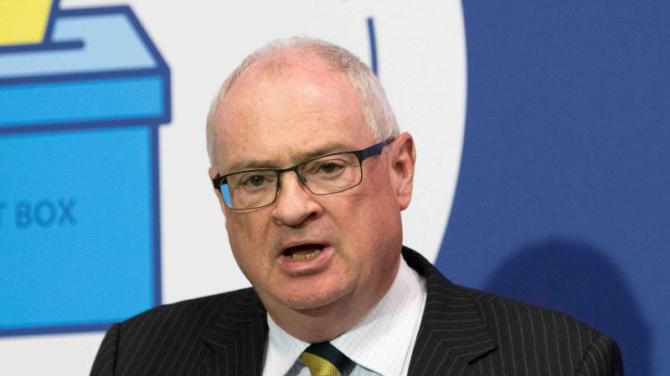 Mr Aiken (above), who was re-elected to the Assembly in May, was speaking out after the death of campaigner, blogger, broadcaster and former teacher, Dame Deborah James (bottom right) who died last week aged 40.

She had been receiving end-of-life care for bowel cancer at home and had raised millions for cancer research, being awarded a damehood at home in May by Prince William for her work.

Dame Deborah was praised for her no-nonsense approach to talking about cancer, having shared her experiences of treatment and daily life since her diagnosis in 2016 - inspiring many others to seek help and treatment.

Dame Deborah began co-presenting You, Me and the Big C alongside Lauren Mahon and BBC Radio 5 Live newsreader Rachael Bland in 2018, with the show earning praise for its frank discussion of cancer.

But in May she announced that she was no longer receiving active care and did not know how long she had left.

She also launched a new fund, called the Bowelbabe fund, raising millions for research into personalised medicine for cancer patients.

Dame Deborah campaigned to raise awareness about bowel cancer, urging people to check for symptoms, during and after her treatment.

Symptoms include a persistent change in bowel habit, blood in the stools without other symptoms, such as piles, abdominal pain, discomfort or bloating always brought on by eating

Speaking about his own experiences, Mr Aiken said: “I was living locally and working in and commuting to Dublin.

“When I saw blood in my poo I thought I had piles but I just didn’t feel right and my wife Beth, who has overcome ovarian cancer, urged me to seek help and to not take ‘no’ for an answer.

“The GP took it seriously and I was sent for a colonoscopy within two weeks and scans, I saw a consultant and a polyp was discovered and thought to be cancerous or pre-cancerous.

“It was caught before it had spread to the lymph nodes nearby and I underwent an operation to removed about a foot of my intestine.

“My message is, like Dame Deborah, to check your poo.

“You know your own body best and know when something is wrong.

“Your health is paramount, it shouldn’t be seen as an inconvenience.”

Mr Aiken said that as a beneficiary of the NHS, it was his pleasure as former Ulster Unionist party leader to appoint his predecessor Robin Swann to the post of Health Minister.

Last week Mr Swann was recognised with a ‘politician of the year’ gong at the Civility in Politics Awards (CIPA) in London last week, which Mr Aiken said made him ‘very proud’.

For more from our in-depth chat to Steve Aiken, please turn to Page 3