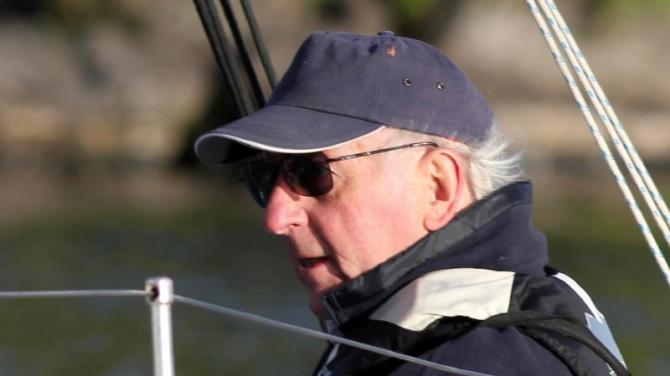 A spokesperson for the club said: “Pat was one of our longest serving members joining the club a couple of years after its inception in 1967. His first boat was a GP14 where he quickly moved to the Scorpion, bringing him success where he won the Winter Series in 1973, 1976 and 1977. He represented the club at Irish, British, European and World Championships.

“In the 1980s he moved away from dinghies and commissioned the last Puppeteer 22 built - ‘Jellyroll’. This boat was mainly campaigned in Belfast Lough and Strangford where also he competed in the Scottish Series. Around this time he helmed the Half Tonner ‘Trinity’ at the Half Ton World Cup.

“Again his commissioned another boat with the Puppeteer designer Chris Boyd and competed in the highly competitive Quarter Ton Cup.

“Around this time he helmed an Impala to a top three finish at the Impala European Championships in Dublin.

“The 1990s saw Pat guest helm various boats, whilst also competing in his own Impala and a Flying 15.

“In 2003 Pat and Alfie Mayrs competed in the Howth in the Puppeteer 22 Class ‘Papa Gena’ winning the Howth Autumn League. In 2004 Pat returned to Antrim with ‘Fait Accompli’ along with Noel Young winning back to back Winter Series. He also returned to the one-off Quarter Tonners and winning the Strangford Narrow Series in 2005.

“While there was huge success over the years, the greater achievement for Pat was in how he gave back to sailing and the club - he trained many young and inexperienced sailors, gave them opportunities to learn and advance. Many of his crew have went on to win the Winter Series, and many have followed his footsteps in competing in the Scottish Series, Howth Autumn Leagues, World, European, British and Irish Championships with continued success.

“Pat’s last race was the Cats Cradle in September 2021 - he helmed ‘Fait Accompli’ for the 20 mile beat from Antrim to Kinnego, getting line honours and winning on handicap by eight minutes, thus claiming the trophy for ABC yet again. That old saying you are only as good as your last race fits well with our friend Pat.

“The club sends our condolences to his wife Ruth, children Graeme, Neil and Lisa, along with his five grandchildren, and his many friends and crew.”