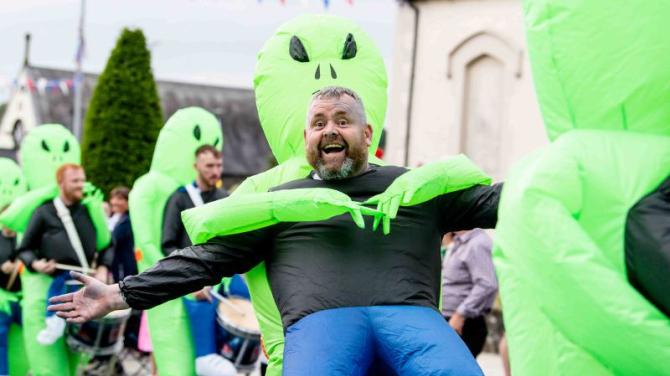 THE brazen abduction of the Steeple Defenders Flute Band by aliens on the Twelfth is continuing to take the globe by storm!

The spectacle of the not so little green men making off with the ‘wee blue army’ on the return from the field soon went viral.

Indeed, within three days it had been viewed over a million times on social media platforms. And those numbers are still continuing to rise.

And the verdict on the streets of Antrim on Tuesday afternoon was unanimous - it was out of this world!

Read more about the invasion on page three.