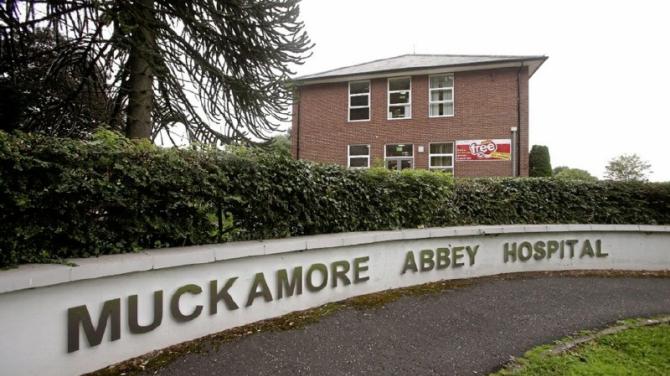 HEALTH care workers have been approached to work at Muckamore Abbey Hospital, where it is said there is an ‘urgent need’ for a variety of staff - and a need to relocate patients away from the facility.

The Northern Trust - not the Belfast Trust, which runs the facility - has written to current and bank staff advertising an ‘urgent resettlement initiative’.

The hospital is currently at the centre of a public inquiry into alleged abuse of patients.

There is an urgent need for registered nurses, social care, AHP and support staff with experience in working with people with learning disability/ intellectual disability and complex needs to assist in delivering care on the Muckamore Abbey Hospital site AND/OR to assist them in transitioning to the community in the areas of Ballymena, Larne, Magherafelt, Mallusk and Coleraine.

“You would be required to work in a nursing or support worker role to augment a core staffing team in Muckamore, Northern Trust supported living services or independent sector supported living or residential home settings.

“The requirement of the roles are to provide a caring service and implement the intensive support and therapeutic interventions in line with service user’s support plan and PBSS plans.”

Those who take up the offer will be supported through ‘a comprehensive induction programme’, a series of ‘bespoke regular supportive group check-in sessions and an option for one-to-one supportive check in service as required supported by psychological services staff’ and full training which, will be provided and as required based on need.

There will also be ‘clear process and policy guidance to provide a supportive and immediate escalation of any concerns or clinical issues on a 24/7 basis.’

All staff who respond will receive the standard availability allowance.

Where staff are willing to be deployed to Muckamore, they will get an additional 15% for their contracted hours.

Any shifts worked over contracted hours will be paid at a ‘Muckamore Resettlement Enhanced Rate’.

Any staff transferring with a resettled patient (either to a Trust or Independent facility) will be paid as outlined above for staff working at Muckamore.

All shifts worked at Muckamore, which attract the Muckamore Resettlement Enhanced Rate, will attract mileage allowance from home to base return at 28p per mile.

Travel time is also payable from home to Muckamore and return (for hours worked over core/contracted hours).

This will all be reviewed after three months.

The inquiry in Belfast has been told that hundreds of vulnerable patients and their families were harmed since 1950.

The abuse has been described as the ‘worst adult safeguarding scandal since the formation of the NHS’.

To date, the police have arrested 34 people and four other people have been interviewed voluntarily under caution.

The Police Service of Northern Ireland said it was now the largest criminal safeguarding investigation of its kind in the UK.

Thirty-eight people have been reported to the Public Prosecution Service.

Separately, the Belfast Health and Social Care Trust has confirmed that 83 members of staff have been suspended and a further 68 have been placed on a form of supervision and training.

The action by the trust followed the viewing of CCTV from the hospital, relating to a period of months in 2017.

However, the Belfast Trust has indicated that it does not seek to suggest that 2017 was the only time during the history of Muckamore Abbey Hospital when staff abused vulnerable patients in their care.

The Trust has also issued an ‘unreserved and unequivocal apology’ to all those patients who suffered abuse at the hospital and to their families.

Meanwhile, in a separate development, a planning application has been lodged with Antrim and Newtownabbey Borough Council for alterations to Carrick Ward 2 and 4 at Holywell Hospital on Steeple Road, to include works to existing window, brickwork repairs, renewal of ventilation systems and erection of external metal fencing.

It is understood that some patients at Muckamore may be eventually transferred to Holywell.

A new £80m, 134-bed mental health facility to replace Holywell is to open on the site of Antrim Hospital in 2026.

Holywell Hospital was built in 1898 to accommodate 1,000 patients with the three ‘Tobernaveen’ wards opening in the 1950s.

Currently, Holywell Hospital has 116 acute in-patient beds with a further 18 at the Ross Thomson Unit at the Causeway Hospital in Coleraine.

For the latest on the Muckamore probe, see Page Four.