Centenary of Antrim Castle blaze is set to be commemorated 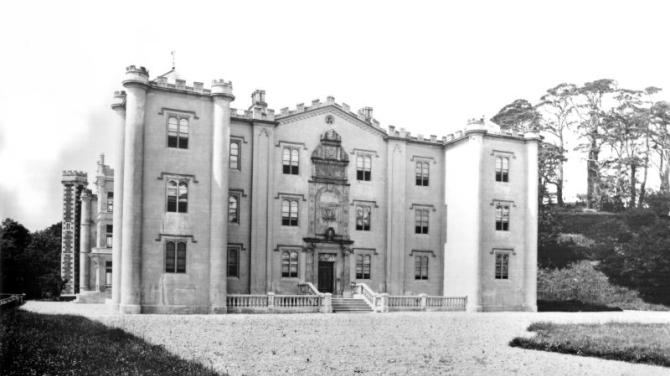 ANTRIM and Newtownabbey Borough Council is set to commemorate the centenary of the fire at Antrim Castle, a new report has revealed.

As part of a review of events due before councillors at the full monthly meeting in July, a number of future happenings across the borough have also been mooted.

Screams and Tricks at V36 is expected to run from Friday 28 October to Sunday 6 November in V36 .

The report said: “The events delivered to date have been well attended with positive feedback received and have contributed to the civic, economic and community life of the Borough whilst enhancing the reputation of the Council.”

Reps are also set to be advised of the additional updates to the council’s 2022 Events Plan:

The report said that the group would like to deliver a similar event in 2022 in partnership with the Council on 28 and 30 October 4pm to 9pm.

Staying in Antrim, reps were due to be reminded that the town’s castle was destroyed by a fire on 28 October 1922.

The report said: “Members are aware that one of the secondary aims of the Clockwork Garden installation, as reported to the Council in January, was to mark the centenary of this event with a lasting legacy in Castle Gardens.

“In addition, members are advised that the original play set in 1922 ‘Carson and The Lady’ running at the Lyric Theatre in August, an exhibition in relation to the Castle and Massereene family is being developed for launch in October and officers are exploring the potential for guided walks and lectures in relation to the history of the Castle and its inhabitants over the period of the centenary.”

Meanwhile, following the demolition of the former Police Station in Glengormley, a space has been developed while plans are prepared and approved for the long term redevelopment of the site.

A number of family fun events will take place from August until October.

In addition to the events listed councillors are being advised that a range of local town centre animations, including music and urban markets are planned for delivery across the Borough from now through to the Autumn ‘in a continued effort to support the business community’.