Council reps will head back to Arizona in November 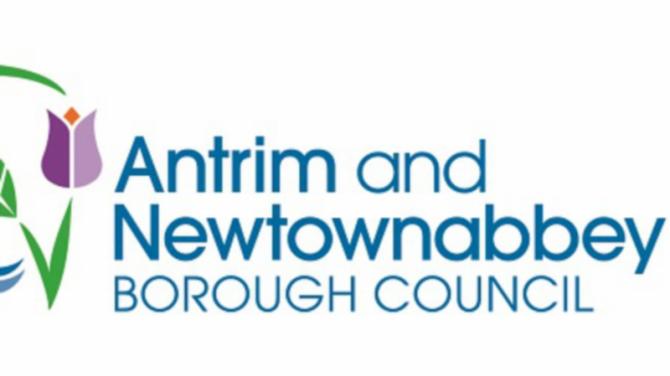 A COUNCIL report has revealed more details about a visit by reps to a business hub in Sheffield.

There are also proposals to invite representative from Queen’s University Belfast on a planned trip to Antrim and Newtownabbey’s ‘sister city’ of Gilbert, Arizona in November.

The purpose of the visit was to see first-hand the original facility built in 2004 and the subsequent growth which has taken place.

A report due before a full meeting of Antrim and Newtownabbey Borough Council this week said that AMRC shares many characteristics with the AMIC facility to be built at Global Point as part of the Belfast Region City Deal and the team involved were able to share ‘valuable insights into the strategic development of the site, the model and the governance of the overall operation.

The AMRC was established as an organisation in 2001 as a £15m collaboration between the University of Sheffield and aerospace giant Boeing, with support from Yorkshire Forward and the European Regional Development Fund.

The AMRC Site 1 was developed in 2004 on the former Orgreave Colliery site, owned by British Coal, with AMRC acquiring the first acre for £1.

The report said: “It is noteworthy that costs per acre now are closer to £60,000 as a result of the economic activity taking place on site and the demand for space from relevant industries.”

The regeneration stimulated by AMRC is such that a new town (Waverley) is being developed in close proximity to the site which, alongside shops and

pubs, will have up to 5,000 new homes and a primary school specialising in STEM (science, technology, engineering and mathematics) skills.

In 2008, AMRC’s Factory of the Future was completed and since then the

AMRC Park has continued to grow on surrounding lands and now incorporates 125-plus industrial partners range from global giants such as Boeing, Rolls- Royce, BAE Systems, McLaren and Airbus to small companies.

The AMRC Park itself now provides around 3,000 high value jobs on site whilst AMRC employs over 600 highly qualified researchers and engineers from around the globe, on the Advanced Manufacturing Park and Sheffield Business Park in South Yorkshire. Two other locations have also been established to help further drive innovation in the region in AMRC Cymru (in partnership with the Welsh Government) and AMRC North West.

The report said: “A key learning is how AMRC utilised adjacent available lands to expand its operations and related high value manufacturing operations from across the globe to co-locate on site. The presentation provides an overview of the operation which now spans across Sheffield and Rotherham Council areas.”

The report said thar AMRC has a turnover in the range of £50m per annum and its funding is sourced from three broad areas: a third from UK Government, a third from collaboration on Research and Development and working with Innovate UK, and the final third coming from its commercial work.

operating model in addition to its commercial operations. There is a tiered

approach to membership ranging from £30,000 (Tier 2) with limited governance involvement to £200,000 (Tier 1) which guarantees a seat on the Board amongst other benefits. The membership subscription can be paid in cash or in in-kind support (e.g. provision of software or supply of relevant equipment / tools).

The ASMRC Training Centre has been built within the site and is regarded as the ‘Centre of Excellence’ for apprenticeship and CPD delivery within the Yorkshire & Humber region.

Working with employers, AMRC can identify and provide the skills required that manufacturing companies need to compete globally, from apprenticeship through to degree level.

Since opening in 2013, more than 450 employers from across the Sheffield City Region and beyond have asked AMRC to train more than 1,700 apprentices. The training centre has a link with Barnsley College and offers a number of different pathways into engineering apprenticeships some of which are sponsored by employers with a 12 week training programme before entering employment.

The report said: “The key learning from the visit has been the need to future proof the development of Global Point ensuring that there is sufficient future land for growth and related services such as training. The importance of learning from those who are at a more advanced stage was also highlighted as critical therefore being part of the UK High Value Manufacturing Catapult network as well as building on our existing linkages with Arizona State University was viewed as essential”

Council officers have recommended that discussions be progressed with Invest NI regarding the development of the remaining land at Global Point; that consideration be given to the suitability of other land in the vicinity of Global Point to facilitate future development - and that the relationship between Arizona State University and Queen’s University be advanced with an invitation extended to representatives from Queen’s to attend the outward visit to Gilbert in November 2022.