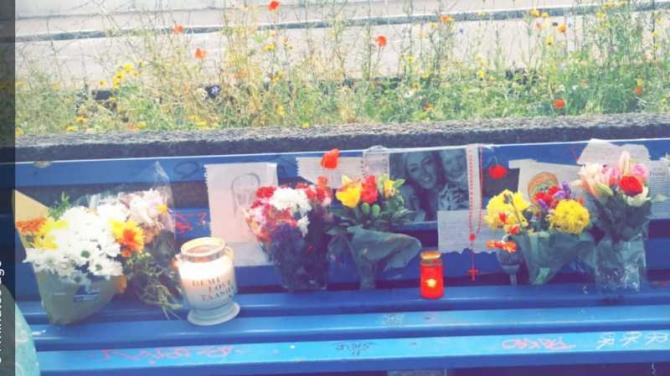 IT has emerged that the young Antrim Mum who died tragically last week was found dead on a bench in Belfast after a struggle with addiction.

Mother of two Demi Corry (26) passed away on the sixth anniversary of her mother’s death from cancer and two months after the loss of her brother Brandon, who died after he suffered a suspected crack overdose on May 1.

Demi was described as the ‘much loved daughter of Mark and the late Alena, loving mummy of Armani and Conan, cherished sister of Shona, Taylor and the late Brandon’.

Her death notice read: “You feel asleep with no goodbyes, but memories of you will never die.”

Her family asked attendees to respect their wishes that no drink or any sort of substances be taken while visiting Demi or at the funeral.

A fundraiser was set up to help cover funeral costs by Brandon’s devastated fiance, which has so far raised £1,480.

It has also emerged that one of Demi’s siblings, spurred on by her tragic death, has now left for England to embark on rehabilitation treatment for a year.

The spot where Demi was found at around 6am on July 17, Cathedral Gardens, formerly known as Buoy Park, has now turned into a shrine to her memory (pictured right).

Speaking to the Press at the weekend, Demi’s sister Shona said that her sister took the prescription medicine Pregablin and sedatives, both known street drugs.

While it has been reported that white powder and needles were found next to Demi’s body, the family is awaiting toxicology report results to find out what was in her system when she died.

“She was young and had her whole life ahead of her.

“After my brother, her head just went.

“They should be here, they should still be with us.

“Life shouldn’t be this way, the pain is ridiculous.

“It just shows you how it takes over your life and how they take over you.

“And you don’t care about what you have in front of you.

“It is all about the drugs.

“Demi knew how easy it was to get drugs.

“It is like going to the shops for a packet of sweets, it’s that easy.

“And dealers don’t care if they are killing people, as long as they are getting money, they are happy.”

Stepfather Mark added: “Something needs to be done now, no more talking. I would like them (politicians) to come and speak to us while we are sitting in such grief right now.

“Everything goes through your head, was she lying for long or did it just happen before she was found?

“There are so many questions and no answers yet.

“Having to break the news was the hardest thing I ever had to do in my life, it is still hard to take in now.

“They (Demi and Brandon) aren’t just statistics, they are real people, they have real families.

“They were loved so, so much.

“This has destroyed us.

“People’s attitudes need to change, it’s not just a homeless person on the street taking drugs. At the end of the day they are people, human beings, they need help.

“I hope now, it opens their eyes to see what this does to families, it has ripped us apart.”