Jim Kennedy crowned chairman of the board 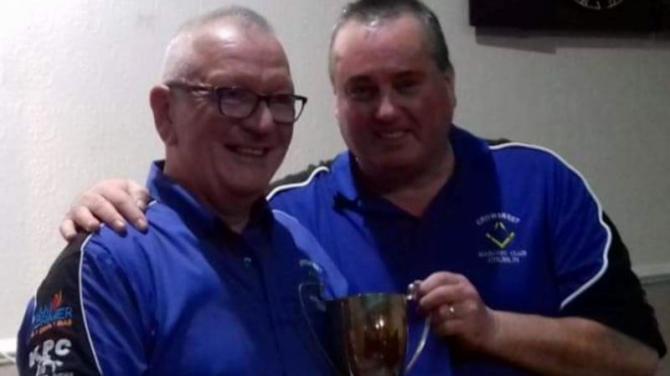 JIM Kennedy was the hero of the oche this week when he took the top prize in the Antrim and District Darts Individual Championships.

A grand total of 40 players were chasing the 2019 title, but then there were only two - Josh Rock and Jim.

The pair were both throwing exceptionally well and the big scores came thick and fast - with few legs going above 28 darts.

But there could only be one winner - and Jim found that extra gear to pull away when it counted most to take the title.