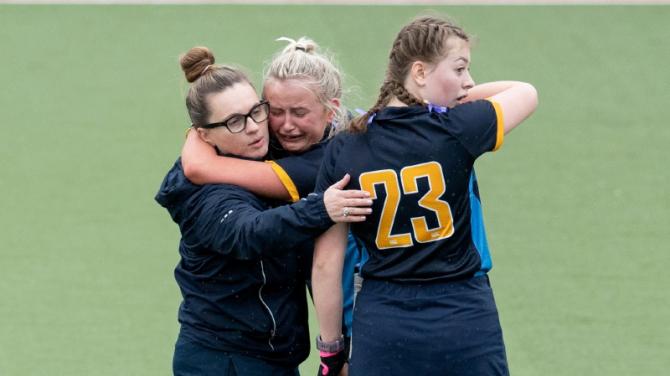 A SWATHE of sporting fixtures across Antrim have been axed indefinitely due to the coronavirus scare.

Rugby, soccer, hockey, cricket and GAA have all been affected.

In line with the policy issued by the IRFU, all training, matches and events at Randalstown RFC have been suspended from now until at least the end of March.

In a statement, the club said:

“This includes our Mini Festival which was due to take place on March 28.

“This has now been postponed until September 19.

“The safety and health of our members is our top priority.”

Last week, the Irish Rugby Football Union, together with Connacht, Leinster, Munster and Ulster Rugby have announced the suspension of all Domestic Rugby activity from 6pm on March 12 until March 29 (inclusive), in response to the latest Government advice on the Coronavirus pandemic.

The statement said that future domestic rugby activity would be reviewed in line with government advice.

All rugby activities across clubs and schools, from minis to adult rugby, were also advised to cease.

In soccer, the Ballymena Saturday Morning League, which includes several Antrim teams, took the decision to postpone weekend and all upcoming fixtures ‘until further notice’ due to the ongoing pandemic.

In order to assist, Antrim GAA is suspending all senior and underage fixtures.

A large number of Antrim GAA clubs have also publicly advertised that members are willing to help to deliver supplies to vulnerable members of the community who have been advised to self-isolate or who cannot access shops.

Due to the ongoing Covid-19 situation, The Hockey Ireland Board along with representatives of the four Provincial Boards agreed that all hockey activity across Ireland is to be suspended until March 29, at which time the situation will be reviewed.

Cricket training at Parkhall College has also been suspended.