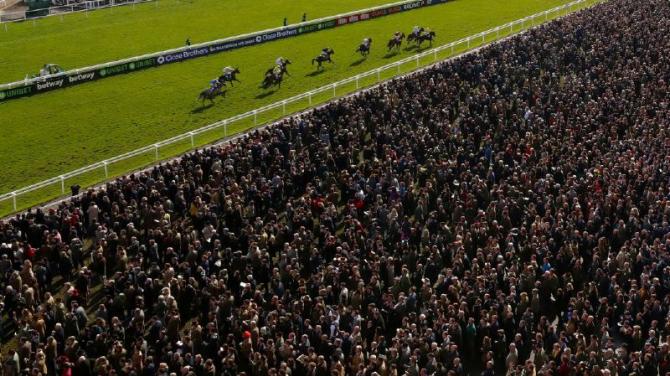 CHAMPION jockey Tony McCoy has insisted that he did not blame the Cheltenham Festival for the spread of coronavirus.

Over 250,000 people attended the event in March, which was held before the government lockdown.

Afterwards the Grand National winner from Moneyglass was quizzed on Good Morning Britain about the prospects of racing returning any time soon when he appeared to suggest that the meet had directly put racing fans in harm’s way.

“Look, the reality of it is that a lot of lives have been lost because of it,” he said.

“Hindsight is a great thing – I think no one knows.”

Those comments created a media storm but McCoy, one of the select band to have been given the Freedom of the Borough of Antrim, moved quickly to remove any ambiguity.

“Don’t twist my words,” he said on social media.

“I said “Lives have been lost” referring to Covid-19, not the Cheltenham Festival.”

The local man, the first jockey to clock up 4,000 career win including 31 at Cheltenham. stressed that the organisers had followed government guidance.

It is true that most of the UK’s sporting calendar, including Premier League football, was not suspended until March 13, the final day of the festival.

In the wake of the outbreak McCoy has joined forces with fellow horse racing alumni Zara Tindall and Frankie Dettori to raise money for the NHS.

The Jockey Club, organisers of the event, insisted it ‘promoted the latest public health advice and introduced a range of additional hygiene measures at the event including hundreds of hand sanitiser dispensers and extra washbasins’.