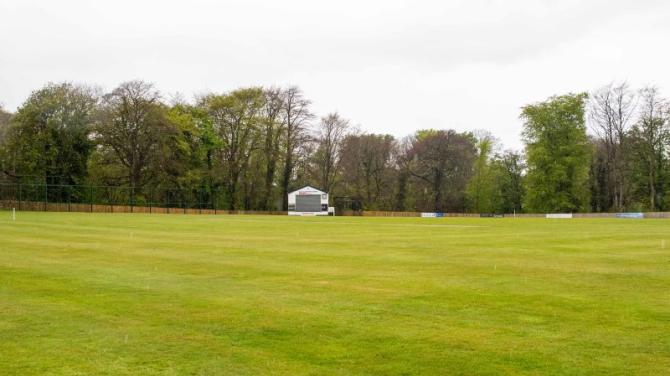 THE groundsmen at Muckamore Cricket Club have clearly bee busy maintaining a pristine playing surface - so it is a real shame that their efforts have been knocked for six by COVID-19.

Muckamore had been keen to rebuild in Section 1 this year after losing several home grown players to Premiership teams - Firsts captain Neil Gill to Carrickfergus, David Miller to CIYMS and Aditya Adey to North Down.

This process has begun already under the leadership of the new young captain Sam Gordon and the Club has announced 20-year-old South African Peet Pienaar as their overseas player for the coming season.

Peet is a top order batsman/wicketkeeper, who plays Premier League cricket in Pretoria for CBCOB. He comes highly recommended by his coach, ex-Waringstown player Cobus Pienaar.

“Peet is a talented young cricketer is who is very mature for his age,” he said.

“He has great hunger to improve and develop his game and is a strong top order batsman who should do well in Irish conditions.”

Peet had a successful 2019 season in the North West with Ardmore in their Championship where he starred in the Claudy side’s return to the Premiership.

Sam Gordon has helped encourage Ewan Wilson to move to Moylena from Templepatrick. Ewan has just been selected for the Ireland U17 squad for this season and is highly regarded by NCU Coach and former Muckamore player Uel Graham.

The season proper would have started this week, and at this stage it is impossible to guess if and when it can safely get underway.

But going by the state of the ground this week, Muckamore will be ready.