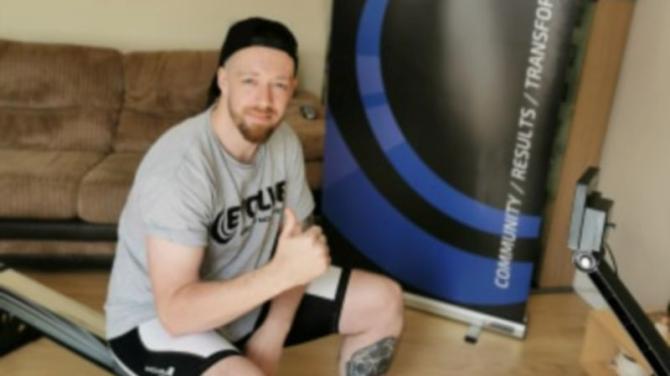 AN Antrim man has dug deep to successfully row the length of the English Channel in aid of charity.

Daniel Logan, originally from Rathenraw but now living in Riverside, used a rowing machine in aid of Action Mental Health.

He set himself the challenge of completing the 26.2 mile row in one sitting, pausing only to hydrate.

Speaking ahead of the fundraiser, he reckoned ‘itwill take me between four and five hours to complete’.

But it turned out he did rather better than that - setting foot in ‘France’ after a staggering three hours and 26 minutes.

That money will now be donated to charity.

“Over 250,000 people suffer with a mental health problem, mental illness affects one in five people in Northern Ireland,” he said.

“When matched to other countries Northern Ireland has the highest rates of mental ill health - 25 per cent higher than in England.

“More than 70 per cent of people who die through suicide are unknown to mental health services.

“Half of all these problems start before the age of 14.

“Those are truly shocking statistics - and that is what has driven me to attempt this challenge.

“In addition to this they offer emotional and resilience programmes in schools and the community to build a more resilient youth, foster healthier work places for the future and create a more caring and nurtu

Daniel completed his remarkable feat of endurance at Evolve Health and Fitness in the Enkalon Industrial Estate.