'I lived in London - but Antrim's better!' 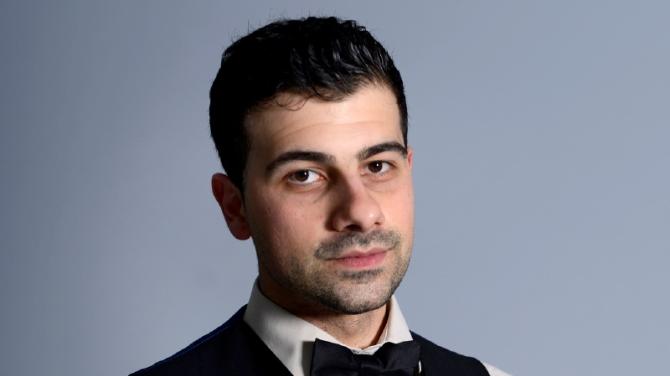 HIS nick-name is ‘The Pride of Cyprus’, so why is professional snooker player Michael Georgiou living in Antrim?

The 32-year-old hot shot knocked in his first 147 in the 2018 Paul Hunter Classic before becoming the first Cypriot to qualify for last year’s World Snooker Championships.

He’s clearly going places - but for the time being he has no plans to leave his adopted home.

Michael moved to the county town last year after living in London for 30 years - and he’s never looked back!

“A lot of the snooker clubs around me had closed down - six or seven in a period of six or seven months - all of those within 10 minutes or so of my house so I was struggling to find accessible clubs to practice in,” he explained.

“I’ve known Mark Allen since I was a teenager and he invited me over to play in a Charity Pro-Am last year. I had a chat with him about my situation and he said ‘come over here, we’d love to have you here’.”

And there were some other notable perks to be had from moving far from the bright lights.

“When I saw the difference in house prices between Antrim and London there was no comparison.

“It was quite an impulsive decision as I had spent just six days in Antrim before moving.

“Everyone at the 147 Club in the town has been fantastic, so welcoming, and it really feels like home now.

“As well as Mark, Jordan Brown plays there, so that makes three of us from the pro tour.

“Northern Ireland is a beautiful country. When you come from an urban background the scenery is really stunning and I’m really enjoying it here.”

The slower pace of life, it seems, is agreeing with him too.

“I can’t remember the last time I was sat in a traffic jam whereas in London it is a totally different story.

“Everyone is so relaxed and friendly, it’s a completely different way of life.”

There is much left to see, of course, though the opportunities have been limited by COVID-19.

“I haven’t been able to get out and about to see the sights as much as I would have liked yet but I want to explore areas like the North Coast. I've heard wonderful things about it.

“My long-term goal is to get something set up in Cyprus and help develop the sport there but for now I’m very happy here.”

Snooker returns this week for the first time since March with the Championship League in Milton Keynes - with no spectators.

Hopefully he has been hitting the practice table at the 147 Club hard, as he has been drawn in the same group as Ronnie O’Sullivan...