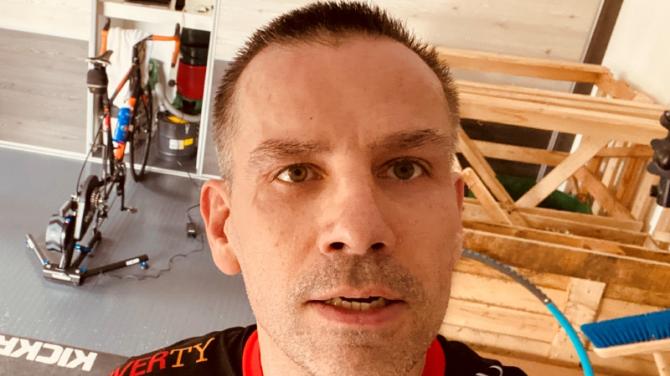 DUNADRY man Gareth Dunlop has raised over £2,000 for charity by completing an epic cycle ‘across Ireland’ - mostly from the comfort of his own garage!

He cycled 410 miles - equivalent to the distance between Malin Head and Mizen Head.

Gareth set off in May and covered 75 miles per week until he reached his total.

Most of the miles were completed whilst peddling the static bike in his garage and were topped up by circuits along the roads near his home in Dunadry.

Gareth completed the challenge to raise funds for overseas development agency Christian Aid Ireland where he sits on the charity’s board of trustees and much of his sponsorship came from friends and neighbours in Dunadry, members of Muckamore Presbyterian Church and his work colleagues.

“I hope to do the MizMal cycle for real one day but this was a good way to stay fit and raise funds for Christian Aid during the lockdown,” said Gareth.

Christian Aid tackles the root causes of poverty around the world and is currently responding to the coronavirus crisis in over 20 countries, helping to raise awareness of the importance of regular hand washing and physical distancing to prevent the spread of the disease, as well as distributing soap and improving access to water.

The charity relies heavily on the donations it receives each Christian Aid Week each May in order to carry out its work and the majority of these donations come from door-to-door and annual church service collections - neither of which was possible this year because of lockdown restrictions.

In response, this year Christian Aid encouraged people to raise money by taking part in a sponsored physical challenge, completing 1,000 star jumps in their living room, a half marathon in their back garden, or the equivalent of a mountain climb by walking up and down their stairs.

As the pandemic passes its peak in Europe, the aid agency hopes that public attention will shift to the worsening situation in developing countries that lack either strong healthcare or welfare support.

“Gareth had already donated his refunded gym membership fee, so we were especially pleased when he also signed up to complete this challenge,” she said.