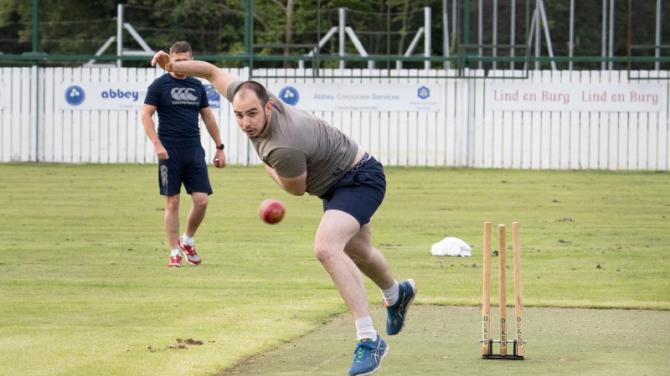 AFTER almost four months the signs are good that the effects of coronavirus are easing and that competitive cricket can resume, albeit under strict guidelines, on Saturday July 18.

This remains dependant on the NI Executive approving protocols for the playing of cricket, and clubs demonstrating their awareness of these and to show their ability to implement them.

As with the return to training protocols NCU staff will assist clubs through the process.

There will likely continue to be restrictions on the use of changing rooms and numbers travelling in cars.

Twenty over cricket is the only option for the playing of the game in the shortened season that will be available clubs.

It has been agreed that the Challenge Cup, Junior Cup and all the normal League trophies will not be competed for in 2020.

Clubs from Senior League 1 will play each other once for the Robinson Services Trophy, generously sponsored by the Antrim firm.

Views of clubs will be sought as to whether they also wish to participate in the T20 Trophy.

In Junior League 1, teams will play reversed fixtures from the Premier League.

In other Junior Leagues, teams have been placed in groups of four or five on a geographic basis and will play home and away fixtures. However, teams are free to organise other fixtures outside their groups.

It is hoped clubs will realise that this is the most cricket that can be played in the short time that will be available to them.

Many clubs will lose their ground at the end of August and a full programme in September is not realistic.

Despite the lockdown much needed ground maintenance work has been going on at Moylena and as well as the preparation of the wicket and outfield a new electronic scoreboard has been installed to make the job of the persons involved much easier.

Fresh paint has been applied to surrounding fences, inside and outside the Clubhouse which has also been deep cleaned to keep everybody as safe as possible.

Due to the obvious difficulties at this time it has been decided to run only four teams until the pandemic is over.

Number controlled midweek practise has now started and it is hoped that Muckamore games will commence on July 18.

Scheduled games are listed as follows:

Anybody interest in joining the Club to play will be made very welcome but to comply with the current guidance are asked to contact Benji Cathcart on 07850767835 to book in for any practise session.