Muckamore bounce back in fine style! 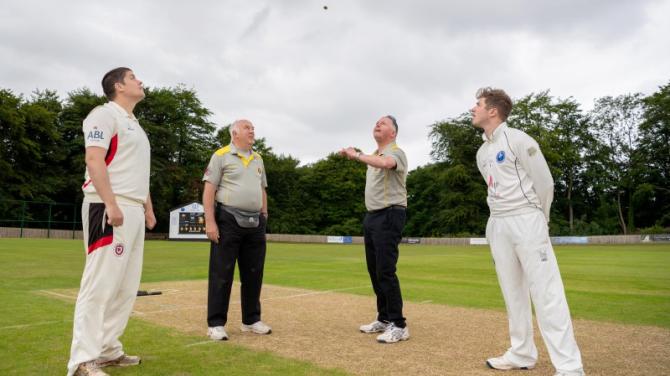 JUST when it seemed that competitive team sports were little more than a fading memory, Muckamore Cricket Club sprang back into life at the weekend - and they did it in fantastic style!

After a fourteen week delay the cricket season finally got underway on Saturday albeit under much changed and rigorous conditions introduced to keep everyone involved safe from the dreaded COVID-19.

At the end of the 2019 season Muckamore were relegated from the Premier League prompting the exodus of six players in the intervening period to play for other clubs.

Young Sam Gordon, who bravely agreed to take on the captaincy, was able to persuade several new players to join the club and after few weeks of practice the nucleus of a team gradually emerged.

With lots of hard work on the ground and clubhouse the scene was set for the first match, a home 20/20 league game against near neighbours Templepatrick.

And they won the match - though the local rivals did manage to run them close!

The teams met again the following day in the Lagan Valley Steel 20/20 Knockout Shield, this time at Ballyclare.

But Muckamore managed to double the dose with a fine victory, which booked them a place in the next round against Saintfield.

But it was not just the Firsts who had reason to celebrate at the weekend.

The Thirds took on Templepatrick too, and sealed a miserable weekend for them with an emphatic win by 98 runs.

Muckamore Fourths kept the winning streak going with an important victory over Ballymena. They won by three wickets - and with two overs to spare.

And it could have been a clean sweep too, if the Seconds had not come up against an unexpectedly strong Lisburn side.

* See pages 46 and 47 for reports and pictures from this week’s big games. For cricket fans, the long drought is finally over!