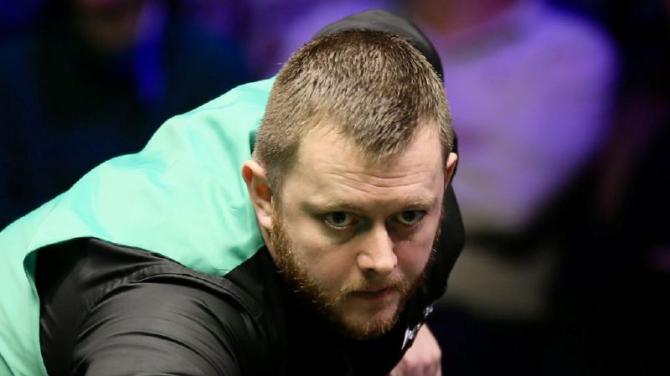 COULD this finally be the year that Mark Allen brings the World Snooker Championship back to Antrim?

Well Dennis Taylor, who took the title 35-years-ago in that black ball final against Steve Davis, certainly thinks so!

And five-time champ Ronnie O’Sullivan reckons the local man could be worth a punt too.

“Mark Allen could slip in the back door. He’s got the bottle to win it, which is important,” he said.

“Whether he can take his game to that high, high level is what might let him down. When you’re building a snooker player, it’s very hard to be brilliant in every department but if there are things that you have to have, bottle would be the one thing you can’t do without.”

This year he will be joined at a very different Crucible by fellow Antrim man Jordan Brown, who revealed this week that finally getting his shot at the title was a ‘dream come true’.

The Mayor of Antrim and Newtownabbey has wished the pair ‘pot luck’ in Sheffield.

“Of course we are used to seeing Mark Allen taming the world’s best at many tournaments, but with Jordan qualifying for the first time to join him, it is really fantastic to have two representatives from the Borough on the sport’s biggest stage,” said Jim Montgomery.

“Snooker is a game of incredible skill, concentration and mental toughness, and of course Northern Ireland has a proud legacy in the sport with legendary figures such as Dennis Taylor, Joe Swail and Alex Higgins.

“I hope everyone in the Borough will get behind the pair and support them as they chalk-up victories and cue for maximum success.”