Early exit for Antrim men at the Crucible 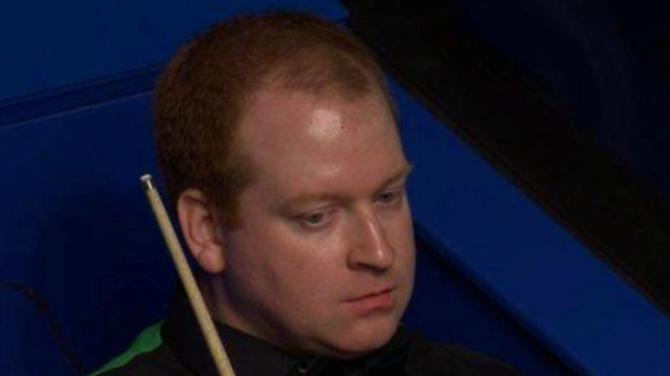 ANTRIM aces Mark Allen and Jordan Brown fell at the first hurdle at the World Snooker Championships in Sheffield.

The weight of expectation was undoubtedly heavier for world number four Allen who was taking on qualifier Jamie Clarke - the lowest ranked player in the tournament.

And initially it seemed that both players knew the script, with The Pistol rattling off two huge century breaks to race into a 2-0 lead.

Indeed, there were three more massive breaks making Mark only the second player to rack up five centuries in the first round at the Crucible.

But Clarke, who admitted afterwards that he did not know who he would face in the second round because he was confident he was going home, somehow found another gear.

Things had looked ominous for the Welshman at the start of the second session as Allen made a break of 130 to go 6-4 ahead - but Clarke won the next four frames to take an 8-6 lead.

He very nearly took the next, but for some poor luck when amongst the balls. The 15th and 16th were shared and Clarke held a 9-7 lead.

The Antrim man showed real grit with a 76 break to stay in the game, but it was too little too late.

Clarke finally got his first good chance in the 18th, pocketing 48 to move ever closer to the finishing line. A safety exchange ensued, but Allen managed to knock the black in when on a red which gave Clarke the biggest win of his career.

“For a debutant, he played out of his skin,” said Mark afterwards.

“A lot of top players would have crumbled with the way I started each session, two centuries in the first and then another in the second.

“All credit to him, I’m disappointed with some of the things I did in the match, but you have to give him a lot of credit.

“I was scoring well but I was making simple mistakes. I didn’t feel like my safety was good enough even though I was scoring and that proved costly towards the end.”

There was also disappointment for Jordan Brown, but he can take some comfort from the fact that he rattled three-time champ Mark Selby. After a competitive first session, Selby was only shading it five frames to four.

There were mistakes from both men throughout the match as the pressure of the Crucible seemed to tell and nerves got to them.

It ended 10-6 - and Jordan may regret not taking the opportunity to punish a curiously off-par Selby.